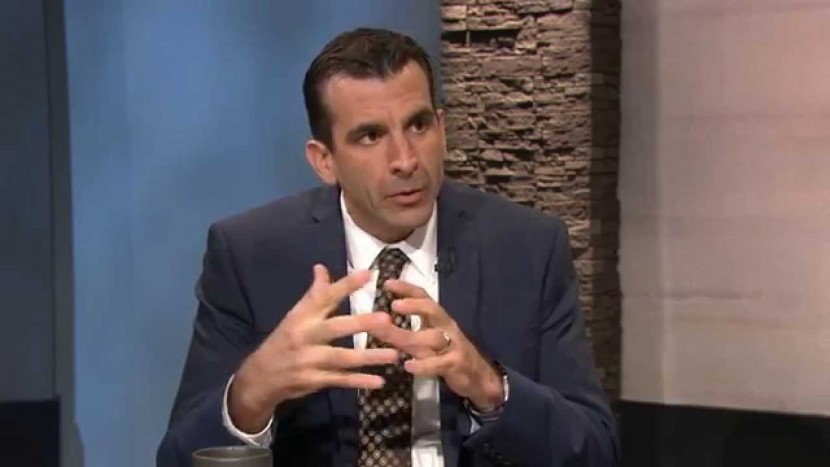 Exclusive Interview with Mayor Sam Liccardo – 2016 State of the City

The high energy that punctuated the air for the State of the City address came from a diverse crowd, and also from Overfelt High School’s Senior Band, then an Indian dance troop from Abhhinaya Dance Co. Students from Katherine R. Smith Elementary School said the Pledge of the Allegiance and The Nigerian Igbo Catholic Community San Jose Choir sang “America The Beautiful.” Muslim activist Imam Tahir Anwar gave the invocation. He quoted Dr. Martin Luther King Jr., who asked the question, “What are you doing for others?”

At the same time, outside, in the rain, a smaller group who call themselves The Renters’ Rights Coalition of Silicon Valley stood huddled under a navy canopy with signs protesting the epidemic of evictions that is tearing apart San Jose communities. They say they are being deeply affected by the rising cost of housing. Angela Tirado, Commissioner for Santa Clara Social Services and Singer, attended the celebration in hopes to hear what Mayor Sam Liccardo would say about the issue of housing. She stated, “We need to know what his plans are for rent control in San Jose.”

“Hello. My name is Sam Liccardo and I work for you,” the Mayor started. In his first year as Mayor, he said he has learned a few lessons, which are to “listen more, talk less, and laugh more.” But he also said that he made two promises when he took office, which were to improve public safety and broaden the valley’s prosperity. On the issue of safety, the mayor was proud to announce that thirteen separate agreements on pension reform had been negotiated in six months time.

The agreements will save the city three billion dollars and will pave the way to rebuilding the police force. Current improvements include hiring 14 firefighters, investing in technology like camera registry and upgrading computers in police cars and coordinating with San Jose Works, a program that has landed 700 hundred jobs for San Jose youth at companies like Target and Home Depot. Other efforts include working with San Jose Police Chief, Eddie Garcia, to restore race relations between police and residents as well as eliminating the use of choke holds by police, publicly releasing data on race, and using body cameras on police officers.

Related to economic development, the mayor highlighted growing companies like Apple, Samsung, and Splunk and added that more jobs have been created at San Jose Mineta Airport now that flights have expanded to London, Beijing, and Vancouver. He also touched on the completion of the new soccer stadium Avaya, home to the Earthquakes, and a new 10 year agreement with the Sharks.

On the issue of housing, the Mayor acknowledged that thousands of residents need housing. The City is in the process of remodeling two hotels to house them and also building 150 micro housing units on City land to fill the need. In addition, Destination: Home has committed to getting all 700 homeless veterans off the streets. In order to combat the cost of rent, work2future is trying to boost training for tech jobs and also waiving fees for businesses. In addition, the city is looking at rent control laws and increasing minimum wage.

Saving is a high priority now in order to improve fiscal reserves. “We have to stop spending our children’s money,” the Mayor said. With a better buffer, the City can make the plans it needs to in order to start reversing decades of road deterioration.

The mayor talked about transportation next, stating that BART will open next year in a Berryessa neighborhood and will come in ten million dollars under budget. There are plans to open stations in Alum Rock, downtown San Jose, as well as Santa Clara.

Furthermore, My Brother’s Keeper and SJ Learns are working to ensure that all students are reading ready and improving library services for youth.

To combat childhood obesity, San Jose plans to open a multi-field complex as well as four baseball fields. In addition, because data shows dental health for children in San Jose has deteriorated, fluoride is going to be added to municipal water.

In closing, the Mayor sees San Jose as having the potential to be the most innovative city in the nation. The City is currently looking for students to design a graffiti-removing device so freeways do not have to be shut down. Other plans include making San Jose a digital city, opening the city’s data to the public to build transparency, and using interfacing computers to increase citizen participation.

Alcario Castellano, Founder of the Castellano Foundation, donates to programs that enhance the quality of life for Latinos. He feels that the mayor has “accomplished a lot in San Jose” over the last year. He added, “overall he is a good mayor and people are pleased with him.”

However, Jasmine Alvarez and Melissa Gutierrez, who attend Overfelt High School, also came to hear the mayor speak. Their group, “Curious Minds,” sat in the bleachers holding protest signs and wore black t-shirts with a simple statement: “we need change.” They were there to oppose gentrification, which has affected their ability to afford to live in San Jose. Jasmine Alvarez commented, “Big corps like Apple are causing rises in rent and it makes it harder for people to live here.” Her group was seen, she said, but no one really paid attention to them.

The address ended peacefully with a torrent of attendees exiting and many lingered to engage in discussion.

Two days after the address, Mayor Sam Liccardo granted La Oferta an interview to talk about issues facing the city:

SM: How is the City going to help with the rising cost of housing, rentals vs. purchase?

Mayor: The answer in the long run is to get more affordable housing built. The good news is we are going to be able to impose impact fees and inclusionary fees on housing developers. That will enable us to build subsidized housing that is rentable. When I say us, it’s mostly non-profit housing builders that do that kind of work. That money will replace the tens of millions of annual funds we used to get from the redevelopment agency… Rent control is coming to the council in April. We are going to modify the ordinance. I expect and support a reduction in the current escalator. I expect it will be substantially reduced and there may be some additional protections against retaliatory eviction.

The third area is working with the market. There is a development under construction with 100 units of housing…the units are no more than four or five hundred square feet…that’s the direction we are seeing in big cities from Manhattan to San Francisco. It’s workforce housing…. We are also talking to school districts right now that are helping to identify land where we can build housing so they can provide housing for teachers and staff because that is one of the many perils of these high housing prices. We are losing a lot of teachers. Partnerships like that will help as well.

Mayor: No. All the things I mentioned above are all means for us to try to mitigate impacts and improve the situation for maybe a few hundred people, maybe a few thousand. No one has identified the source of funding it would require to solve the crisis.

SM: Does the City have any plans to help families with young children afford the high cost of childcare?

Mayor: In the good old days, when we had a redevelopment agency before the State eliminated it, we actually used to fund childcare. One of the things I was most proud of when I was a City Councilmember was replacing a liquor store with a kindergarten childcare facility. I’m very interested in building out what was once a robust program through our library department for training childcare providers because if we can get more childcare providers out there, that can reduce the cost. It can also provide an income for a lot of people primarily women who chose that as a calling…. that is something we will look at after June when we know whether or not the sales tax measure gets passed. If it doesn’t we are going to be doing everything we can to just keep the wheels on here to deal with getting cops out on the street and filling pot holes.

SM: What is the city’s policy when it comes to helping students pay for city colleges in San Jose?

Mayor: There has never been a program to directly assist students with college debt. That has always been in the purview of the federal government and a portion of the state.

SM: What is the future of Valley Medical Center?

Mayor: That is a county responsibility. We don’t run Valley Med., but as you probably know they are under construction now and the expansion project has not gone well. It’s over budget and they’ve had a lot of problems.

SM: What procedures has the police department adopted in order to de-escalate violence and reduce bias?

Mayor: We’ve adopted additional training for de-escalation. We have been collecting data on detention. What I mean by detention is any kind of stop…and tracking that data by race…All that data is being reviewed by an independent evaluator who is going to be releasing findings in the weeks ahead. We are going to fully release that data. We just hired an independent police auditor, Walter Katz. He is widely respected and a strong advocate for police accountability. In July, we will have all our police officers fully equipped with body worn cameras. The good news is we’ve hired a chief who gets it.

SM: What are the benefits and/or drawbacks of Proposition 47?

Mayor: I think we are going to know more in the years ahead. I’ve heard the argument that it’s resulting in a greater number of folks who are out of custody and there is speculation as to whether or not it’s causing increases in property crime…There are so many factors involved in assessing crime rates…. I’ve supported efforts to decriminalize marijuana and reduce the duration of sentences for drug crimes, but I am concerned that the pendulum can swing too far. After what we saw with the re-alignment in 2011 or 2012 was significant increases in property crimes throughout the state. It’s one thing to say we are going to take folks out of custody and another to say we are going to commit the resources to ensure that they have supervision, they have housing, they have job training—things to make sure that the transition is successful.

Mayor: Find me one that is looking to move, and I’m happy to court them.

SM: What does a healthy San Jose resident look like?

Mayor: Every child has access both physically and financially to participate in sports…every resident is in within walking distance of a park or trail…. In the months ahead you will hear me talk about how we can re-develop some of our less healthy built in environments and about transforming liquor stores into healthier options…. It’s a combination of the built environment and the culture that really encourages outdoor active living. Expanding the inventory of playing fields is really important, everything from soccer to cricket. 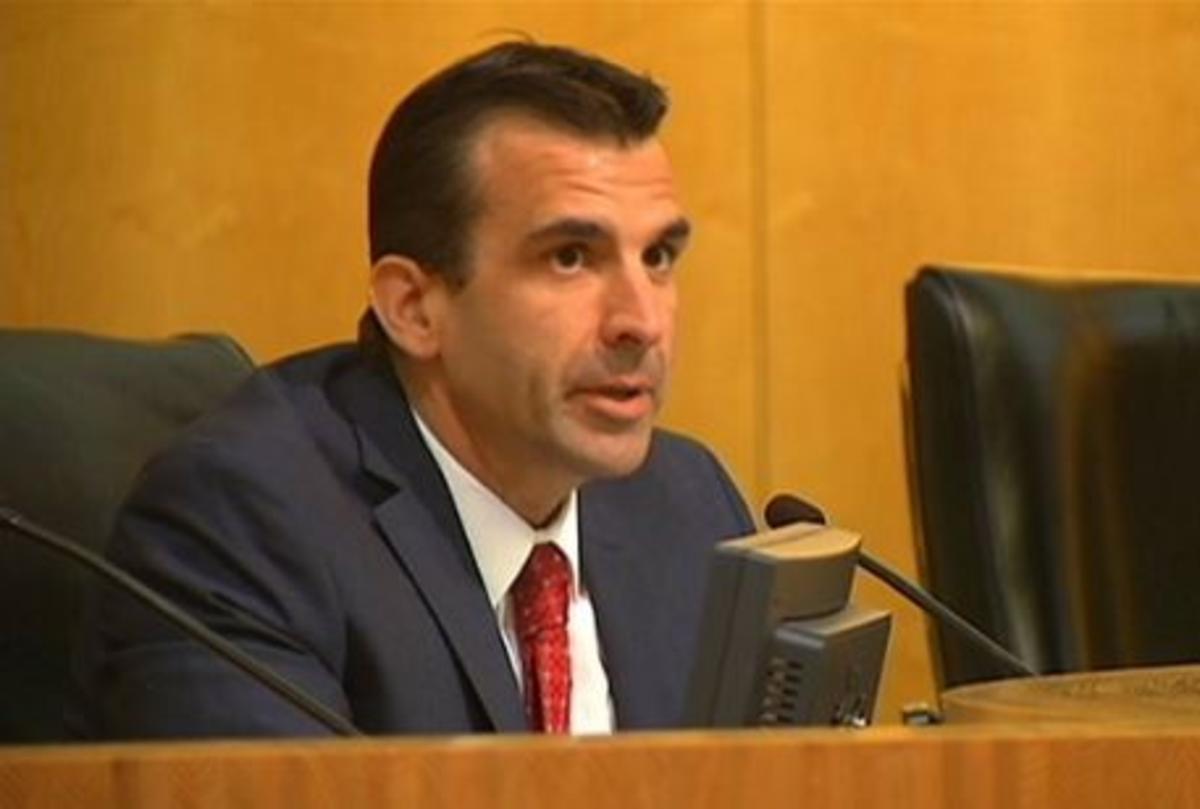