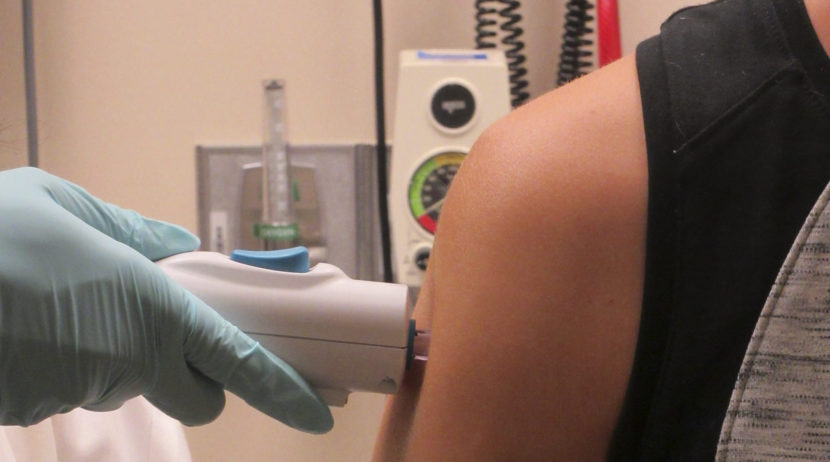 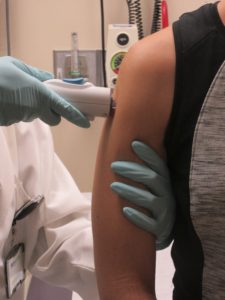 A handout photo produced 02 August 2016 and provided by the National Institute of Allergy and Infectious Diseases (NIAID) on 04 August 2016 shows healthy volunteer receiving the NIAID Zika virus investigational DNA vaccine as part of an early-stage trial to test the vaccine”s safety and immunogenicity. EPA

Washington, Aug 4 (EFEUSA).- U.S. health authorities announced this week the start of the first safety trials for a vaccine against the Zika virus just as the disease has appeared in Florida with at least 15 people having been infected by locally-hatched mosquitoes.

The National Institute of Health announced Wednesday that the first phase of the studies is aimed at establishing the safety of the experimental vaccine and its ability to generate an immune system response in the people participating in the tests.

The trials, which are being handled by the National Institute of Allergy and Infectious Diseases, include testing the vaccine in at least 80 healthy volunteers between ages 18 and 35 at three U.S. health institutions.

Despite the fact that approving a vaccine in the United States is a process that generally takes years, authorities have decided to accelerate the process because of the health emergency posed by the spread of the Zika virus in Latin America and the Caribbean.

The virus recently has made its appearance in U.S. territory with the first 15 confirmed homegrown cases in the Miami neighborhoods of Wynwood and Edgewater.
Part of the medical tests are being undertaken at the NIH headquarters in Bethesda, Maryland, near Washington, D.C.

The vaccine being subjected to the testing was developed by government scientists and is similar to another vaccine being tested to combat the West Nile virus, with both diseases transmitted by infected mosquitoes, the entity said.

According to the U.S. Centers for Disease Prevention and Control, which is affiliated with the U.S. government, more than 50 countries and territories are immersed in the current Zika epidemic, the great majority of them in Latin America and the Caribbean.

More than 6,400 Zika cases have been detected in the United States and its territories, but alarms went off recently because it was confirmed that the recent Florida cases were caused by mosquitoes that hatched in U.S. territory, rather than abroad.

CDC director Tom Frieden acknowledged on Tuesday that the fight against mosquitoes in Miami is proving to be more difficult than anticipated.

It is very complicated to eradicate these mosquitoes, not only because they are much hardier than other species, but because they are being found to be resistant to the insecticides that are being used to try and eliminate them, he said.

Zika is a disease that often presents no symptoms, but pregnant women who become infected may experience serious neurological defects in their fetuses, specifically microcephaly, resulting in abnormally small heads. 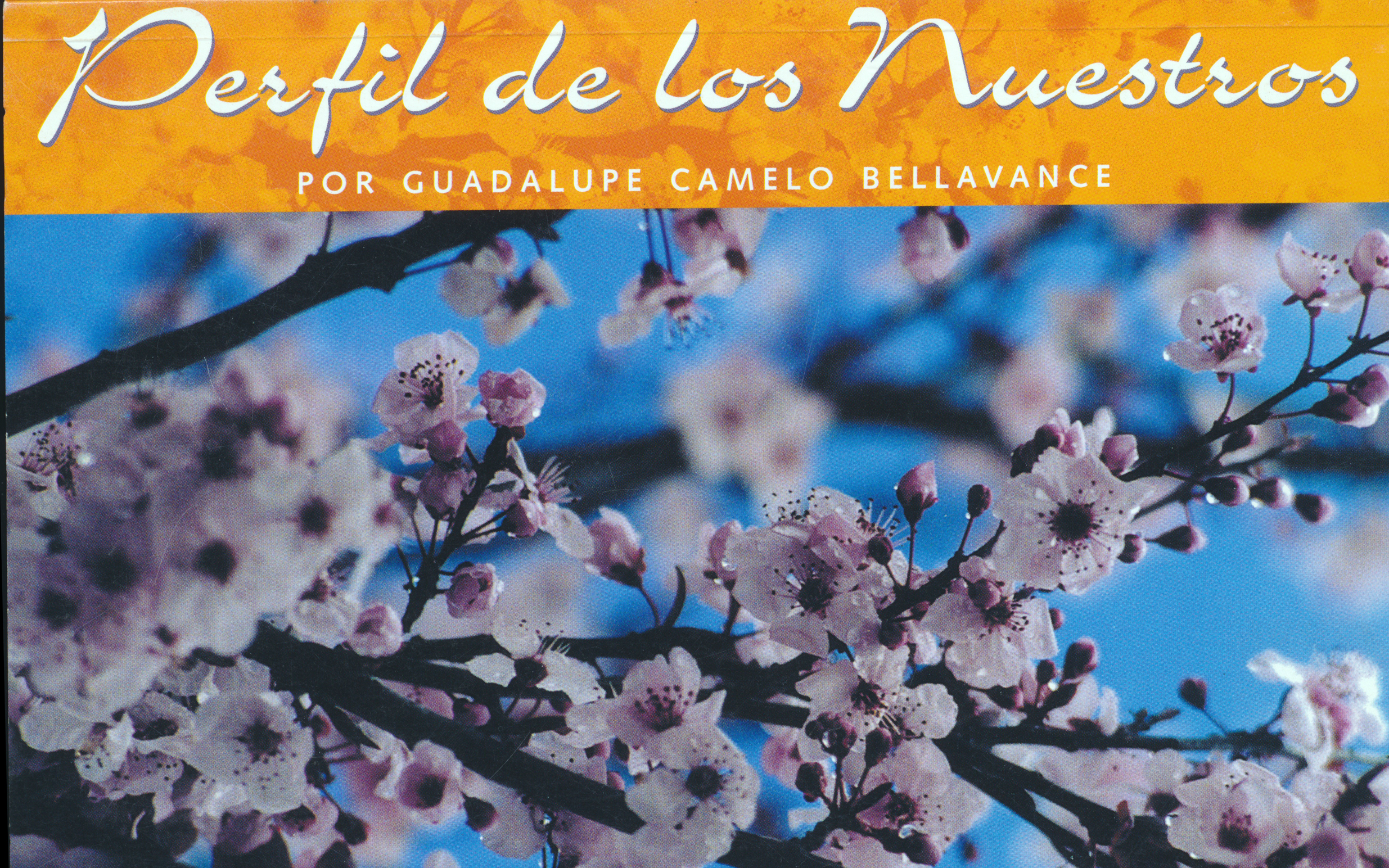