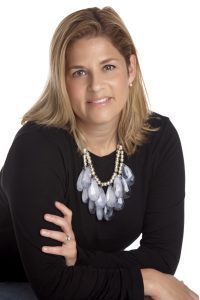 Last year, my husband and I engaged in an interesting conversation with a neighbor, who is an engineer and a first generation American. During the conversation, he said that in India parents go down the line and say to their kids, “You will be an engineer; you will be a doctor; you will be engineer; you will be a doctor” and so forth. If that is true, both my husband and I thought it was unfortunate that Indian children didn’t necessarily get to choose their own paths in life. He admitted it disappointed him that many parents didn’t encourage careers in the arts or in teaching. According to him, India needed those professions just as much, but those careers were dying because many believe that a career as an engineer or doctor promises better opportunities. The cultural pressure to be a doctor or an engineer has led to greater access to math and science for Indian students in order to prepare them for those professions. We’ve seen monumental economic progress from countries like China and India in the last two decades due to a heavy emphasis on math, engineering, science and computer technology. Those countries are strengthening their workforce on a mass scale.

Today the American economy faces a challenge: Our educational system is struggling to turn out the highly skilled labor force that we once did. There is a growing divide in the labor force and all American students (not just the privileged) need access to a more complete education that will help them shrink that divide. We have begun to hear about S.T.E.M and S.T.E.A.M for our youth, coding classes are popping up, and LEGO engineering is being offered after school. NASA science programs appear on summer camp advertisements. However, a week of coding instruction costs between four hundred and six hundred dollars. Science camps are not any cheaper in the bay area. Not enough students can access the education they need to be competitive. Many public schools are still not fully equipped to support S.T.E.M and S.T.E.A.M programs in the classroom. The means to secure a better future for the next generation in this ever growing competitive global economy is becoming a matter of paying for the education that we should find a way to offer to all American children as a means to grow a more highly skilled workforce that will boost the economy.

The recent appointment of Betsy DeVos, who attended private religious schools, as the head of our public education system makes little sense. While I hope that she finds a way to help American public schools, skepticism fills me. In some ways I understand a motivation to inject new blood into a government system full of career politicians, and yet to inject that system with those who seem anti the very system they run feels like an attack on the American people.

Religion is not the enemy of education. The word “God” exists in our Pledge of Allegiance, which is historically significant. However, we cannot afford to deny the truth of climate change or disregard the importance of certain medical advances and still expect to raise tomorrow’s engineers and scientists. As much as I enjoy going to church, I also embrace the technology and science that enable us to be better stewards of our planet and the research that gives us cures for diseases. While we need to renew our respect for people of faith, we also should not ignore the training in science and math that our children need.

Today, the biggest employer in twenty-two American states is Wal-Mart. Instead it should be those corporations in pursuit of green technologies like Tesla and SolarCity. It should also be those companies devoted to discoveries that will enable us to one day explore space such as SpaceX and Boeing. Companies that support a universal healthcare system for every American should make the top of the list too. Those are the businesses that have the capabilities to support the more highly skilled labor force we need to sustain the economy.

Furthermore, our American educational system must raise entrepreneurs starting in elementary school and give our youth tools earlier so they can have the confidence to start their own businesses later on. Small business must be enabled to flourish for it collectively sustains the economy. This is not always emphasized since our government caters to large corporations, which overshadows the importance of American small business.

Moreover, art in schools deserves support as a way to boost creativity in future American workers and innovators. Art is often the first thing to be cut when schools struggle with funding. Art is not valued as much as math and science, but it is just as crucial to innovation. Poetry, our singularly most important means of understanding ourselves, has the means to enhance AI. Those who lead in the Internet industry still have yet to experiment with literature and art as a means to intellectualize social media content.

For us to have a strong middle class again, we must bestow a higher skill set on our American youth so we can begin to close the gap we currently face.

If we want to change the school system, it means including tutoring as part of after school care while parents work. It means universal access to training in subjects like robotics, art, law, science, and math; it means engaging kids in pretend market places so they learn to be entrepreneurs; it means exposing every child to the basics of coding. Each American child deserves to be given the tools that will secure her or his future. Our time and public money are better spent on these educational endeavors for students rather than housing hundreds of thousands of inmates, growing too many industries that support low skilled labor jobs and re-birthing old industries that harm the environment—rather, we must turn to offering more education in a time when we need to be preparing for a sustainable future.

- Previous article « Events Around the Bay