MIDDLE AMERICA-OUR ENGINE – After the Body Is Accounted For 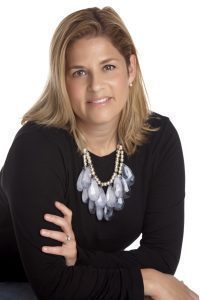 Freedom has a flavor, and once someone tastes it, it’s hard to go back to life the way it was. A woman who breaks the cycle of domestic violence; African-Americans who rise up against police brutality; transgenders who are safe to use the bathroom of their identifying sex; and immigrants who feel protected in a country that grants them new opportunities—have all reached for more freedom.

We put a face on oppression as if oppression derives from one source—a president, a certain political party, a conservative or radical movement, a single religion… and while war dictates you must cut off the head of the beast to prevail, we ignore the significance of the body. Those who administer and uphold the laws, rules, codes, or acts that oppress should be considered. They are slow to adopt a new set of principles simply because of sheer mass and years of habit.

My children learned that a cockroach lives for up to seven days after its head is cut off. The body continues to live on for some time as does a body of people with a certain mindset after an oppressor is removed. An oppressive leader depends on a body of people to uphold the rules, codes, acts, and laws that strip away freedom. Cutting off the head may work as an effective strategy; however, it is a body of citizens that also becomes the vehicle of oppression and it must be met with checks and balances in order to strengthen our democracy. For within the body lies the mechanisms of how our freedoms get lost in the first place.

By renewing its respect and commitment to the bodies of its citizens through the widespread teaching of body boundaries, America can make a healthy change. Teaching body boundaries to every American child will put us on a path to greater national peace and will make America less violent in the long run. One major component still missing in terms of injecting each American with the absolute confidence in an individual’s right to freedom is the ability for all Americans to call to the forefront a respect for his or her own body as well as the bodies of others and call to the forefront a clear set of principles regarding body boundaries. We do not educate American children on body boundaries at the elementary school level and by the time generations reach adulthood, we face major conflicts in terms of widespread violence against the body. Our society is filled with stories of abuse and assault: Taylor Swift and Kesha, the one and three American girls who are still sexually abused in America, the young men who find glory in mass killing and then ultimately suicide; and the many instances of police brutality. We recently witnessed the horrors of Charlottesville.

For years, Israel mandated conscription: All citizens over the age of 18 who are Jewish, Druze, or Circassian must serve in the military. Under Israel’s law, its citizens learn combat skills, which strengthens its nation overall. Conscription empowers Jewish youth. It also prepares and readies its youth to defend themselves and their country. I admire the national commitment to teaching all citizens a skill. However, I believe that mass education of body boundaries, as a means to reducing violence, is crucial.

Here in America, the majority of our youth still do not have a basic fundamental understanding of how to protect their bodies. They do not receive education on a national level that would teach them their rights to their bodies and how to defend themselves. It’s a grey area for too many Americans. There is no conscription or any other formal education/training. Without a national commitment that promises to teach our youth more about their rights to their bodies and minds and how to defend against violence and oppression, we shortchange America. We do not currently have generations with enough to draw from in terms of how to defend what we hold so dear—our freedom—because too many Americans are not sure of their own rights. In addition, the majority of Americans cannot afford legal representation even if they are sure of their rights.

Violence against the body leaves us with the nation’s biggest wounds and it plunges us into confusion. In a speech to law enforcement, our current president blurred a physical boundary between police and those arrested; children are told to obey adults, but not told en mass that no one has a right to touch their privates; boys and girls with the intention to commit suicide, I fear, have never heard a full disclosure of their right to live a safe and healthy life. It has to come from a national objective.

Schools will not address body boundaries perhaps because of a historical government pledge to stay out of the home. My child received a very short forty-five minute sex education class as part of the school curriculum. They covered AIDS, but not sex. I found the parents and teachers far too embarrassed and/or concerned that children might be exposed to inappropriate material too young, which may be a valid concern. So I found myself signing up for a more comprehensive seminar called Heart to Heart out of Stanford Children’s Hospital just so my child could truly have a clear picture of the changes that occur to a young body and also learn about sex in a very appropriate and thoughtful manor. The seminar cost $140.00. It was expensive, but we received pertinent information that should be part of all children’s learning. We sat with roughly a hundred other children and their parents and received valuable information, which helps with important decision making in regards to their bodies for the future. But what about all American children? We need to spend more time giving American children the necessary information they need.

My mother always maintains that knowledge is power. In order to impart knowledge onto all Americans, we must be willing to teach our youth about their bodies and help them understand how to protect their bodies and what their rights are to their own bodies. They must also learn en masse to respect other people’s bodies. The mass teaching of body boundaries will provide valuable insurance later on because when a majority of people know their rights to their body and how to protect their bodies, oppression is less likely to take over. Oppression spreads through a society one person at a time until a greater majority is affected. If enough people learn body boundaries on a national level, America will be investing in itself and will be protecting itself. Lessons turn into simple internalized messages and into essential skills that tie us together with common understanding. We could start talking about why a police officer should put a hand on an assailant’s head when placing the assailant in the police car.

Working toward the goal of teaching every American how to defend against an attack on their body would build a safer America overall. I always felt the more people who knew how to protect themselves the better since there would be less people to prey on and less predators salivating at the sight of innocents.

There would be less confusion if we remember the importance of the body.