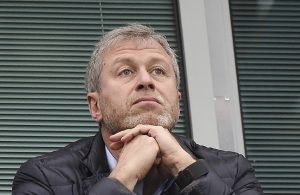 Chelsea owner Roman Abramovich watches the game from the stands against Sunderland during the English Premier League soccer match between Chelsea and Sunderland at Stamford Bridge in London, Britain, 19 December 2015. EFE

Washington, Jan 30 (EFE).- The United States government published late on Monday the so-called “Putin list,” identifying, at the behest of Congress, 96 oligarchs and 114 senior Kremlin officials who have gained power and wealth thanks to Russian President Vladimir Putin.

The Treasury Department prepared the list which does not entail economic or diplomatic sanctions for those named.

The list is intended to increase pressure on Moscow over its alleged involvement in the 2016 US presidential elections.

Among the 96 oligarchs – who the Treasury Department says have amassed fortunes of over $1 billion – is oil magnate Roman Abramovich, owner of Chelsea soccer club. 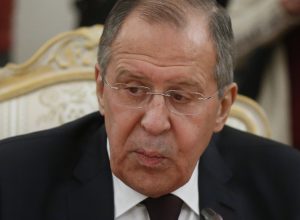 Russian Foreign Minister Sergei Lavrov speaks during meeting with Syrian opposition delegation headed by Nasr Hariri (not pictured) in Moscow, Russia, 22 January 2018. A delegation of Syrian opposition arrived in Moscow to exchange opinions regarding their possible participation in a wide congress of Syrian people, which Russia calls to hold in Sochi on 29 and 30 January. EFE

The list of 114 senior officials includes names such as Prime Minister Dmitri Medvedev and Foreign Minister Sergey Lavrov, besides several dozen advisors and managers of state firms, and members of the Russian intelligence services.

Several of the people on the list of senior officials are already subject to sanctions imposed in the past.

The formulation of the list is a part of a law approved by Congress in July last year, considering fresh sanctions on Russia, and it also requires the approval of the legislature to lift the existing ones.

On Monday, the US State Department announced that it would not impose more sanctions on Russia under CAATSA, given that enacting the law had already caused losses running into the billions for Moscow.

Next article - Patriots, Eagles land in Minneapolis as Super Bowl week kicks off »