HP Inc. relying on innovation to expand its market

Panama City, Aug 16 (EFE).- Aiming at millennials and offering an immersive and high-quality experience are the basis for the HP Inc. strategy to expand its market share as it on Thursday launched a range of portable devices in Panama for Central America and the Caribbean.

The key accounts executive for Central America and the Caribbean for the firm formerly known as Hewlett Packard, Victor Mora, told EFE that the four products the multinational launched on Thursday are designed to help it secure more customers in a portion of the world “where we’re number one in Panama” and in the other countries of the region, Guatemala and Costa Rica in particular. 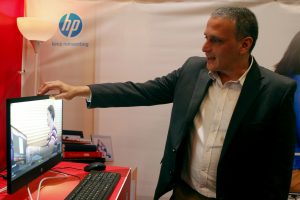 “There was no innovation in the portables market,” Mora admitted, a situation that motivated the firm to build on that at the same time that he said that the portable devices HP Inc. is offering “will coexist” with mobile phones because they complement them and it is not anticipated that either will make the other obsolete.

The millennials are one of the markets “that motivated us to make these innovations. They want a much more immersive, creative experience. They’re interested in high-definition screens with quality design features.”

The Omen Laptop, HP Pavilion x360, HP ENVY x360 and HP All in One are the new products geared toward millennials, gamers, Youtubers and design professionals who want to work with their own photos or videos, along with entrepreneurs and families who multitask.

Mora acknowledged that “the difference” in opting for these devices lies in the “robustness” of the software and the great design features, which – in being oriented to very specific markets – make the resulting costs attractive.

The cost of the new generation of mobile devices and personal computers can range from $300 to $1,800 per unit, he said.

Elsewhere in Latin America, Mora said that the firm will debut its new range of products at the appropriate time for each market.

He said that HP Inc. has about a “50 percent” market share in Panama, although he admitted that this was an estimate “because it’s very dynamic” and calculated by external studies.

He added, however, that in Panama the firm is registering “double digit” increases in sales, a similar trend to what the company is seeing in the rest of the region.

HP Inc. has its logistical center for Central America and the Caribbean in Panama City, and thus chose that market to be the one in which it first rolled out its new products.