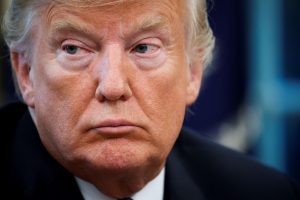 Washington, Aug 27 (EFE).- US President Donald Trump on Monday announced an “incredible” pact with Mexico to replace the North American Free Trade Agreement, in force since 1994, and from which Canada so far remains aloof.

The United States-Mexico Trade Agreement is “a really good deal for both countries,” Trump said in the Oval Office before telephoning Mexican President Enrique Peña Nieto in the presence of the media.

Trump said he planned to contact Canada “soon” about signing on to the new document, while making it clear that Washington’s pact with Mexico will go forward regardless.

“I’ll be terminating the existing deal and going into this deal,” the president said in the Oval Office, calling it a “big day for trade.”

The president called it “one of the largest trade deals ever made,” adding that “They used to call it NAFTA, we are going to call it the United States-Mexico Trade Agreement, and we will get rid of the name NAFTA. It has a bad connotation because the United States was hurt very badly by NAFTA.”

Concluding the US-Mexican pact required weeks of intense negotiations, Trump confirmed, adding that it was a great day for trade and for the US.

Meanwhile, Peña Nieto called the agreement “very positive,” adding that “it will strengthen competitiveness in the region.”

The Mexican leader hailed “the understanding there has been between the negotiating teams” after months of “arduous, complex” negotiations that were “not exempt from very difficult moments.”

In addition, the pact will remain in force for 16 years, with one revision scheduled at the end of the first six years.

The pressure now is placed on Canada, which has been the third party in NAFTA since the beginning of that accord but did not participate in the latest bilateral talks between the other two partners. 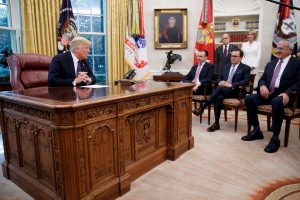 In the telephone conversation, Trump distanced himself somewhat from Canada while Peña Nieto made no allusion to the changed name of the pact and expressed his “desire” for Ottawa to “integrate” itself into the agreement.

Trump suggested that if Canada does not either negotiate revisions to NAFTA or a separate bilateral pact, he would implement tariffs on the Canadian auto industry.

“They want to negotiate very badly. But either way we have a deal with Canada. It will either be a tariff on cars. Or it will be a negotiated deal. And frankly a tariff on cars is a much easier way to go. Perhaps the other would be much better for Canada,” said Trump.

A few minutes before the White House announcement, a spokesman for Canadian Foreign Minister Chrystia Freeland said in a statement: “We will only sign a new NAFTA that is good for Canada and good for the middle class.”

On Friday, US Trade Representative Robert Lighthizer announced that he will sent the text of the new pact to Congress so that the 90-day period required for lawmakers to review it may begin, and he put the ratification of the pact in “late November.”

Trump had been pushing to renegotiate NAFTA since he became president in January 2017, having repeatedly called the trilateral pact – in force since 1994 and encompassing more than $1 trillion in annual trade – a “disaster” for the US.