Can We Talk About Universal Childcare? 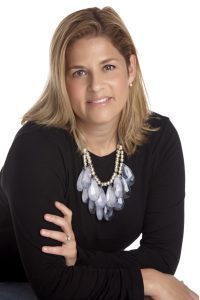 San José, CA. Oct. 5 – In today’s American world, parents shoulder the responsibility to cover every hour of childcare until the age when a child has the ability to look after her or himself. Today, our national conversations are not about childcare. They are overwhelmingly about mass shootings, immigration, kneeling during the anthem, a controversial tweet, the opioid crisis and Russian interference in our elections, which are all important conversations. However, poverty, violence, inequality, sexism, racism and mental illness cannot be remedied without our full commitment to providing American parents with one essential service: a universal childcare system with clear objectives that will instill all American children with a basic understanding of impulse control, empathy, friendship, and the right to her or his own body and thoughts. We need a universal childcare system because raising all American children in stability creates a more stable country.

Over the course of our history, mothers and women have mostly filled in the gap to cover America’s lack of a childcare system. Many do it for free or subsistence wages. Lots of women enjoy providing childcare, including myself; however, full financial independence for all women and economic equality can only become a reality if we create a quality universal childcare system. It would allow for mothers to compete in the workforce without choosing between the cost of childcare and the wage they earn. It would also allow for stay at home mothers, who need childcare too, the ability to get to a doctor’s appointment, go to school, run errands or rest without being overwhelmed with childcare responsibilities. We have made a prison system part of our infrastructure, by incarcerating those who, more often than not, did not benefit from a nurturing and stable upbringing. It is possible for us to make childcare part of our infrastructure as well, as one system promises to reduce inequality, violence, and poverty while the other has proven to increase inequality, violence, and poverty.

Americans have historically shied away from making childcare free for everyone: For fear of paying higher taxes, for fear of embracing socialism, and for fear of creating state dependencies among other fears. However, in May 21, 2018, a SmartAsset article titled “The Economics of the American Prison System,” estimated that Americans already pay $74 billion in taxes to cover prison costs each year. Footing the bill to support our prison system does not make us a socialist country. Moreover, those dependent on the State are created when they cannot stay employed or leave their schooling because of lack of access to childcare. Jorge L. Escobar, acting President of San José City College (SJCC) in California, says “that too many students see their education compromised, halted, or never started because they cannot afford childcare.” Jorge is currently leading an effort to build a comprehensive Child Development Center at SJCC; this initiative has received the support of the student body, the College Academic Senate, administrators, community members and the board of trustees. Shifting more tax dollars to finance free or low cost childcare will enable parents to have the option to work and go to school, plus it will create an industry dedicated to making America a healthier place.

Everyone in this country has a mother who has been denied a significant opportunity. If that wasn’t true, we would have had many female presidents by now. Our discrimination stems from how we view childcare and caregivers in general. The most critical time to build a solid foundation for the family is when children are young, and childcare plays a huge role in building that foundation. Parents could pay an affordable annual fee into a childcare system to help it thrive with government support or we also possess the ingenuity to create a new business model that makes it affordable for everyone so mothers can be unyoked from the social pressure of providing childcare for free while being displaced from the economy.

Last year, our bank denied me a loan to refinance our home. The bank didn’t deny my husband since he has full-time employment. My husband looks better on paper, our loan officer said. After I gave birth, I became a full-time caregiver in addition to working part-time, and my earning ability dropped substantially. We could not afford childcare and thus we had to provide childcare ourselves. Years later, I am no longer able to qualify for a home loan even though I continued to work part-time as a mother. In addition, our bank no longer permits me to go into the branch and pay our mortgage because my name is no longer on the loan. My husband has to now give me permission to obtain information about our mortgage loan if I have questions about our loan. Having the bank manager explain to me that I can no longer pay the mortgage in the branch after fifteen years of banking with them was a deeply demoralizing experience as a woman and mother, not only because I’d paid our mortgage for years at the branch but also because the house was mine before I married my husband and it became ours. We must start to acknowledge and address the transfer of wealth and power that can too easily occur after women become mothers and help them continue to be part of the economy by offering free or low cost childcare to all American parents and help women move into leadership roles after they start a family.

We say that women need to “lean in”, we say they need to raise their hand more often, they need to work harder and be more like men, they need to ask their husbands to do more at home…. the list goes on. All of this advice is designed to be helpful, but more burdens are always placed on mothers because America ultimately has not dealt with the issue of childcare and we must.