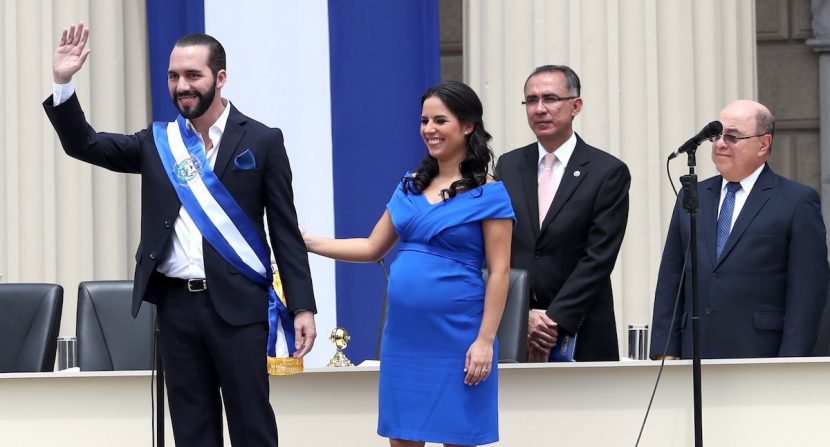 San Salvador, Jun 1 (efe-epa).- The new president of El Salvador, Nayib Bukele, asked this Saturday during his inauguration speech for citizens to unite and assume their responsibilities in order to help cure the nation’s ills.

After taking office as president of El Salvador for the 2019-2024 term in a ceremony at Capitan General Gerardo Barrios Plaza in the historic downtown area of San Salvador, the businessman gave his first speech as the new president of this Central American country before thousands of people gradually arriving at the site, including seven heads of state and at least 32 delegations from other countries.

Bukele, who won the presidency under the banner of the rightist Grand Alliance for National Unity (GANA), promised to be the president of “all Salvadorans.”

“Now we must have a little courage and like brothers all, move El Salvador forward. We won’t make progress if we are not united – we must unite and every one of us must assume our responsibilities,” he said.

The president noted that the Central American nation “needs to improve” to be a better home for future generations, and said his aim is for El Salvador to “set an example for the world.”

“We only have five years, not to move on from the post-war period, not to defeat bipartisanship – we’ve already done all that. We have five years to make El Salvador an example for the world, and show that a people can move on if it wants to,” he said.

He added that “the challenge is immense” and that he will take decisions with “courage,” for which he asked to be “accompanied by all citizens.”

Bukele ended his address without giving any clues about how he will rid the country of its main problems, such as corruption and the violence of street gangs, and also without revealing what will be his strategies for boosting the economy and ending poverty.

At age 37, the former mayor of the capital city became this Saturday the youngest president of Salvadoran democracy and the sixth president to take office since the signing of the Peace Accord that brought to an end 12 years of civil war (1980-1992).

Starting Saturday, Bukele has a number of economic, political and social challenges that were not resolved by the administration of Salvador Sanchez Ceren, who ended his term in office as the country’s worst rated president.

The victory and the arrival of the businessman to government signifies a break from the bipartisanship that the rightist Nationalist Republican Alliance (Arena) and the leftist Farabundo Marti National Liberation Front (FMLN), the party that expelled him in 2017, have maintained for decades.

Achieving a governability pact in the Legislative Assembly will be one of Bukele’s first challenges, since he only has the support of 10 GANA lawmakers out of the 84 that makeup this legislative body.

He will also have to deal with the crime in El Salvador, considered one of the most violent countries in the world, according to records that show between 103 and 50.3 homicides for every 100,000 inhabitants between the years 2015 and 2018.