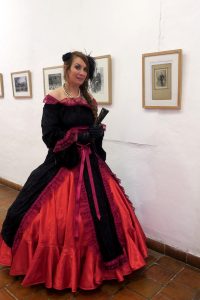 La Paz, Aug 9 (EFE).– Historic photographs such as that of the vigil for the legendary Bolivian aviator Rafael Pabon, old family portraits and cityscapes of La Paz at the beginning of the 20th century form part of an exhibition in honor of the centenary legacy of Italian photographer Luigi Domenico Gismondi and his family.

Seventy-seven photos from the “vast archive” of Gismondi Photo Art have been selected for the “People and Pictures of La Paz” exhibit, with which the photographic studio founded by the Italian in La Paz celebrates its 112 years in business, the current proprietor Geraldine Gonzalvez Gismondi told EFE.

“We’re showing photos from the early 1900s of celebrities, dresses and suits from the old days, and of La Paz yesterday and today,” Gonzalvez, the great-granddaughter of Gismondi, said.

The exhibit attempts to spotlight the 100-year career of the studio because a business like this is not so easy to keep going, especially “now that technology has progressed to the point where everyone goes around carrying a camera,” she said.

The exhibit is on show at the Tambo Quirquincho Museum, a colonial mansion in historic downtown La Paz.

The studio was founded at the start of the 20th century when Luigi Gismondi arrived in Bolivia from Italy with “the best existing technology in terms of equipment and set design,” his great-granddaughter said. 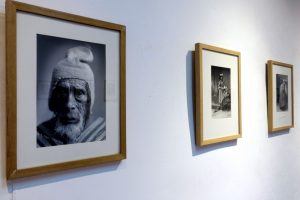 His entrepreneurial spirit and fascination with travel led him to tour the country “on muleback,” taking pictures as far afield as Chile, Paraguay and Peru, according to Gonzalvez.

Crazy about La Paz and its mountains, Gismondi founded in 1907 in the historic center of La Paz his photographic studio that was visited by famous Bolivians and their families to have their pictures taken, a tradition that persists to this day.

Four generations of Gismondis have seen to keeping the studio going: the founder Luigi, his son Luis Adolfo, his granddaughter Ruth and now his great-granddaughter Geraldine, who describes as “relics” the pictures chosen for the exhibit.

Photos of La Paz past and present highlight the stark contrast between the colonial houses and streetcars of the small old town, and the tall buildings, cars and fashions of the city of today.

Seen in family and individual portraits are fashions of the first years of the last century are women wearing long dresses and opulent hats, and men in suits, bow ties, top hats and gloves.

According to Gonzalvez, Luigi Gismondi was one of the few photographers in those days interested in taking pictures of indigenous people and country folk, represented in the show with such images as the old man wearing a poncho and lluchu, a woolen cap worn in the Altiplano, and the one of a coca-leaf grower.

There are also pictures of Bolivian farm women and one of an indigenous community in Paraguay.

The exhibit wraps up with a series of black-and-white or sepia post cards with details hand-painted in color and portraits of the Gismondi family.

The show remains open until Aug. 31.