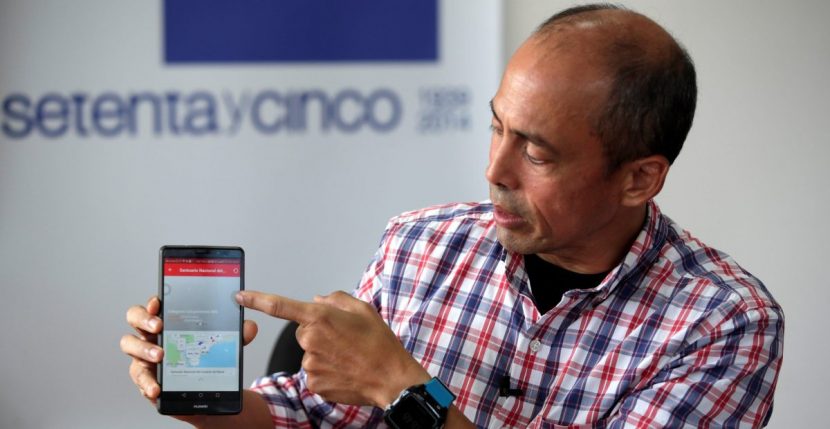 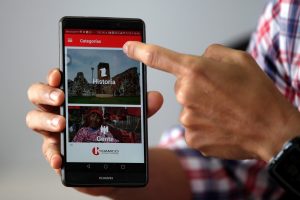 Panama City, Aug 12 (EFE).- A “selfie challenge” is giving the 500th anniversary of Panama City a new dimension, with up to 12,000 users of a special selfie application scouring the historic city for landmarks and other sites where they take selfies, thus recording their presence there.

The Panamanian capital, which on Thursday is celebrating the 500th anniversary of its founding as the Western Hemisphere’s first European city on the Pacific coast, has been converted into a big checkerboard on which people can seek out specifically highlighted details and sites, some known and others that have been almost lost in the mists of time, where they can take selfies with their iPhones or other mobile devices.

“The ‘Panama 500’ app lets one see how the new generation works with mobile phones and how they, at the same time, relate to the historic past, current gastronomy and cultural life,” the app’s creator, Panamanian civil engineer Cesar Kiamco, told EFE.

The idea is for users to scour Panama City finding specific spots designated by the interactive tool – a task that blends ability, fun and learning, the three basic elements of any virtual game.

Among the items on the selfie list are the emblematic Bridge of the Americas, which crosses the Panama Canal and was opened in 1962; the “popemobile” used by Pope John Paul II on his 1983 visit to the city; and the Comosa, the city’s tallest building (at 22 stories) in the 1970s but which now pales in comparison to the gigantic skyscrapers bordering Panama Bay.

Together with a group of 20 experts in different fields, Kiamco set up the app with technical help from Pixmat Studios, a Panamanian company.

The app was launched on Oct. 5, 2018, and can be accessed by any mobile device user. At present it has been downloaded more than 12,000 times, and users have logged on to it some 60,000 times and recorded 40,000 visits to different spots detected via its geolocation program.

“We wanted to verify that the people were geographically at the site, and a selfie plus GPS navigation corroborates the visit. Those controls allow people to accumulate points, win medals and place themselves in a ranking list for prizes,” including four university scholarships to work toward a bachelor’s degree or master’s degree at various institutions of higher learning in the city, said Kiamco.

There are many people, he added, who have downloaded the app “but are not visiting the sites. Other people download it, but they’re from countries like Colombia, Costa Rica and even the United States.”

The most popular category is architecture, with a large number of visits to the Biodiversity Museum, the only project in Latin American by renowned Canadian architect Frank Gehry located at the entrance to the Panama Canal and the facade of which stands out for its brilliant colors.

The app also invites people to explore popular culture by suggesting that they take a selfie beside a bust of Clara Gonzalez, the first woman to graduate from the Panama Law School in 1922, or by the statue of iconic soccer player Luis “Matador” Tejada.

Kiamco said that he created the Panama 500 app as a “gift” for the residents of Panama City, adding that a 2.0 version is in the offing with players being able to suggest new sites, and the concept may be expanded to other parts of the country after the 500th anniversary celebration.