1. What do you see as your role in dealing with a terrorist attack or big earthquake?

What do you see as your role specifically?

CR: My role as mayor is to ask the questions…to have the performance reviews of the departments. So we as council members, or the mayor, have to focus on those issues. After Katrina, I asked for a special council about lessons learned from Katrina because every disaster teaches us new things… We learned a lot from the 1989 earthquake. The most important lesson I think we learned is in the case of a big one…our first responders, our police, and our fire fighters are not going to be able to respond to every call that comes in. They are going to be overwhelmed. We have to train our residents to take care of themselves. That’s the reason we have our San Jose preparedness program, which trains neighborhood people on how to take care of themselves.

2. What kind of changes will San Jose citizens see while you are in office that will show that you consider preserving our environment important?

CR: First we’re going to have a dedicated person doing inspections of conditions required for environmental mitigation on development projects. We don’t do a good job in following up to make sure that people actually do what they are supposed to do…. We need to do our part to get off of oil. It’s not just about global warming; it’s also about national security. The “cool cities” campaign, which was started by the Sierra Club, is something that I support. The mayor has signed on to that campaign. I will bring it to the city council to have the council endorse it, and then we can start an implementation process. That includes moving the city’s fleet to become a green fleet. Energy saved is money saved. We need to have a big effort on solar. We have companies in this valley that have new technologies for solar that make it more efficient and cheaper, and the city needs to play a role in demonstrating a large-scale implementation of those technologies. We don’t have enough parks. We need to protect the hillsides, protect the green line…. I want everyone to live within a reasonable walking distance from a park, creek trail, or school playground. I want to use that walking distance standard to help us decide how to direct the discretionary funds that we get to build parks, and we need to have a reserve so that when school sites shut down we can buy the green space.

3. How will you help Eastside communities improve their streets, sidewalks, and parks?

CR: I think the Grand Prix is good for our city’s image. We got a lot of good publicity, nationally and internationally. But it cost too much money. I did not support putting four million dollars into it, and I will not support putting more money into it anywhere near that scale. It will depend on what the race promoters want and can do, and whether or not the city will participate. I would support funding at a much lower level.

5. What will be the best way for the Latino community to reach you with comments, complaints, or concerns once you are mayor?

CR: Come to the “La Raza” round table meetings, the last Friday of the month. As mayor, I probably won’t have time to go to every meeting, but I will have either me or a staff member at those meetings. I will continue to attend a lot of community events, so that I’m out in the community. I will continue to work with organizations such as the Hispanic Chamber of Commerce, which I’ve been a member of for over a decade. And lots of people have my cell phone number and my home phone number.

6. What changes would you bring to mayor Gonzales’ style?

CR: A total change. One of the most important issues facing the city is to get rid of the culture of deception that has been building in the city for years. I’m committed to honesty and open government. I’m not going to make secret deals, hide them from the public, and lie about it. Not going to spring last minute surprises on the public and the council. I want to engage our neighborhood associations in a more formal way. I want to push the council to make the hard decisions in setting priorities, instead of having the mayor try to set the priorities. I think the mayor’s role is to lead, collaborate, and coach. A mayor should not try to be a dictator.

7. If you are mayor, how will you change the culture of city hall?

CR: I have campaigned on a specific platform to give people a clear choice. If the people vote for me that in of itself will change the council. Because the council will recognize the mandate. So we will have a new mayor, a new vice mayor, and we will have an opportunity to hire a new city manager, and new department heads early next year. In addition there are potentially four council seats that will turn over… If I’m elected mayor, Vice Mayor Chavez will be gone. Second thing is I will be a mayor that will not tolerate the back room deals and will not tolerate the council doing something wrong. And they will know that and they will know that if they are doing something wrong that there will be a public discussion about it. The mayor has to take the initiative… that will change the psychology and that will change the behavior of the council. It starts with leadership, leadership by example. 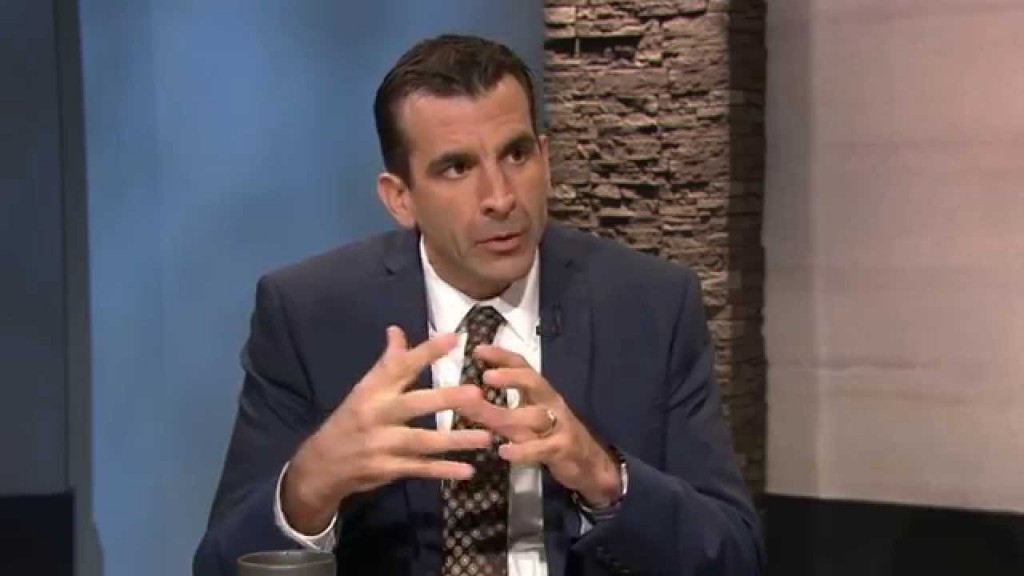