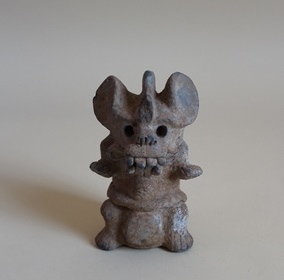 San Francisco, CA — The Mexican Museum announces the grand opening of the new exhibition, Fascination with Fauna: The Portrayal of Animals in Pre-Hispanic Art (Fascinación con la Fauna: Representación de Animales en el Arte Pre-Hispanico). The exhibition opens to the public on Thursday, Dec. 15 and runs through Feb. 26, 2017. Featuring art from the museum’s renowned Pre-Hispanic collection, the exhibition will communicate the significance of animals in nature, religion, society, and art to three cultures from early Mexico (the Nayarit, Colima, and Zapotec), Central America, and Peru.

The Mexican Museum is located at Fort Mason Center, Building D, Marina Boulevard and Buchanan Street, in San Francisco. Beginning on December 16, hours will be noon to 4 p.m., Thursday through Sunday. The Grand Opening Reception for the exhibition will be held on Thursday, December 15 from 6 p.m. to 8 p.m. is open to the public. Admission is free.

“The Mexican Museum is proud to present the first art exhibition of its kind in the United States, where the specific focus is on how animals were revered and even worshipped by the early peoples of Mexico, Central America, and Peru for 2,500 years,” said Vanessa Moreno, Co-Curator for the exhibition. “With more than 2,000 items in our Pre-Hispanic Art Collection, guests can expect to see some of the finest examples of Pre-Hispanic art in the world.” 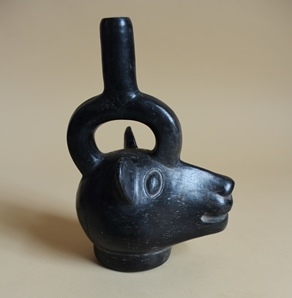 While the indigenous cultures of ancient Mexico spoke separate languages, lived in different environments, and operated uniquely as societies, the importance of animals found in their environments is a common thread. Nearly all Pre-Hispanic peoples applied powers to animals, creating religious deities that oversaw aspects of their lives. One of the most highly recognized examples is Quetzalcoatl, the feathered serpent worshipped as the God of Culture and Knowledge throughout Mexico and Central and South America for millennia.

Pre-Hispanic cultures of Mexico, Central America, and Peru paid homage to animals by reproducing them in art. Visually engaging and historically significant, Fascination with Fauna: The Portrayal of Animals in Pre-Hispanic Art will include vessels used for ceremonial practices and everyday use, pottery that boldly illustrates the immense skill of the native peoples in using animal designs and images, and figurines ranging from about two feet tall to dimensions within less than 5 inches around. These magnificent pieces communicate the celebration of distinct animal capabilities, like the stealth of the jaguar, the graceful agility of the hummingbird, the quickness and cleverness of the coyote, and much more.

“Fascination with Fauna: The Portrayal of Animals in Pre-Hispanic Art will be a special experience for museum guests from every walk of life,” said Moreno. “This illuminating exhibition underscores why The Mexican Museum is considered a leading voice for the complexity and richness of Mexican, Chicano, and Latin American art, culture and heritage.”

Curators of the Fascination with Fauna: The Portrayal of Animals in Pre-Hispanic Art exhibition also includes Diana Zaragoza and Patricio Davila, a team of archaeologists from Mexico having worked in the field for over 50 years. They serve on the Collections Committee for The Mexican Museum, specializing in Pre-Hispanic Art. 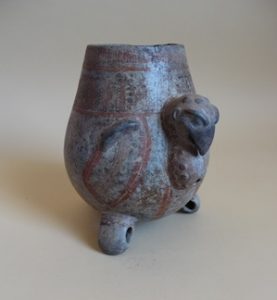 People are encouraged to support the museum by becoming new members.

For more information on the exhibition or museum membership, please contact Vanessa Moreno at (415) 202-9700, ext. 224 or vmoreno@mexicanmusem.org.

About The Mexican Museum: Founded by the well-known San Francisco artist Peter Rodriguez in 1975 in the heart of the Mission District, The Mexican Museum is located at the Fort Mason Center. It is the realization of his vision to present the aesthetic expression of the Mexican and Mexican American people. Today, the museum’s vision has expanded to include the full scope of the Mexican, Chicano, and Latino experience – including the arts, history, and heritage of their respective cultures.

In 2012, The Mexican Museum became an Affiliate of the Smithsonian Institution, the world’s largest museum and research complex. The Museum joins over 200 organizations in 45 states, Puerto Rico and Panama that are in association with the Smithsonian. The Mexican Museum currently has a permanent collection of more than 16,500 objects reflecting Pre-Hispanic, Colonial, Popular, Modern and Contemporary Mexican, Chicano and Latin American art.