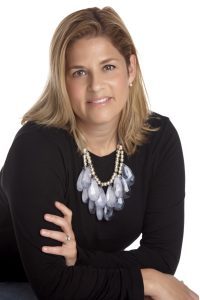 Conservation As Our Future

We, Californians, adapted to a severe five-year water shortage and decreased our water usage significantly. Awareness campaigns, a strict mandate, and cost increases all forced us to save water. During the drought, homeowners stopped watering the grass or ripped out all the grass completely in favor of replacing it with drought tolerant vegetation because brown became the new green. We all limited sprinkler use and cities drained public ponds and fountains in order to safeguard the most precious of all natural resources. But now the drought is over and all the effort to conserve water will not rest on our shoulders anymore. Residents can go back to laying large swaths of sod for new landscaping and running sprinkler systems until a steady stream of water runs down the street gutter. Farmers can go back to flooding the fields again. Within a few months, it will be as if the drought never happened.

Only, water is finite. That is plain, and now that we are out of the drought and the mandate to conserve water is being lifted, I ask why? Why are we lifting it? America returns to greatness when it embraces the reality that the future of this country is dependent on our ability to always re-invent ourselves not as Americans living in the past, the coal and oil burners or citizens committed to building up a nuclear weapons stockpile, but as new more moderate Americans, committed to rooting out inventions and industries that can both measure impact to the environment at the same time as contributing a boost to the economy, a new kind of capitalism that marries growth and conservation. Americans who can unite under this new brand of capitalism will be the ones making America what it once was, a place of continuing opportunity. Would it be the end of the world if the expansive, lush South and North Lawns at the White House were removed and replaced with Gold Fines and native vegetation and used less water to maintain? We could, as Americans, lead by this example. Current circulating ideas that climate change can be ignored in lieu of jump-starting old dirty industries is short-term thinking and putting money for conservation to the back seat behind asking for an additional $54 billion for military expenditures are not our paths to greatness. Military spending takes funds out of the economy. It competes directly with funding that could be used by the private sector for development. Moreover, military programs take away the talented people that could be used in the development of products that protect the environment and build up our infrastructure. By making this military investment instead of spending it on infrastructure and development that would benefit millions more Americans directly, we are unnecessarily following behind countries like China and Russia instead of relying on the tried and true American way, which is the invention of new industries. Our path to greatness is passionately pursuing those businesses and practices that lead to massive improvements in quality of life and we need to get on that path now since an increasing population will only place more demands on our water supply as well as other resources. Israel pioneered technologies like drip irrigation and re-use of wastewater and though they live on arid land, they have found a way out of water-shortages for a nation. They have no food shortages and their farming practices yield lower cost produce. As Americans, we should consider conservation as a way of securing not only our future economy, but also ensuring life.

Even though California is out of the drought, I hope Google will continue to recycle water after it paid for and installed expensive systems in the Mountain View campus that save millions gallons of water. I hope that eBay will not switch back to the old water wasting practices it had before adopting modern practices like passive cooling and smart irrigation systems. It is foolhardy to turn back the clock now. Waste is surely a crime of ignorance and it makes no sense for today’s American to not adopt better conservation practices as we continue to look for better ways to do business and to live. Because of sound science, Americans have irrefutable proof. We know, according to the Natural Resources Defense Council, that “power plants use more water than all other industries combined, primarily for cooling systems but also for controlling pollution from smokestacks and disposing of toxic coal ash…” because there are conclusive studies. We have the clean technology to replace dirty power plants that pollute waterways. The EPA, which is under threat, suggests power plants need to move away from outdated “once-through cooling” practices that use a great amount of water and are harmful to the environment and instead use closed-cycle cooling-a modern technology that reduces water use. The EPA also has a new financing program called the Water Infrastructure Finance and Innovation Act (WIFIA) and State Revolving Funds that “provide low interest loans for large water projects,” says Amber Wilson of the American Water Works Association. She says, “We are advocating for funding that allows those programs to reach their full potential, thereby reducing the cost of water service for all of us.”

For the last five years, my children took showers together to conserve water and we let our lawn die. The fact that no one has used chemical weed killers on our property for the last six years makes me feel like we are contributing to a better and cleaner environment for our children. Conservation means we increase our children’s opportunities of having access to clean water and the days of unabashed water use and the days of pumping gobs of money into the military, which drains the economy, belong in the past.