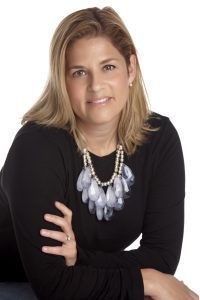 My father, the ultimate fighter, has bone cancer. He needs help these days. My children need a caretaker too, and because the cost of nannies and nurses are expensive, I have risen to do the job of meeting their needs. As if being a caretaker, which poses financial risk all on its own, isn’t enough pressure for a working individual, a Republican movement, has taken upon itself to dismantle the Affordable Care Act and many other significant programs meant to protect Americans.

In December of 2016, Bill Gates likened Mr. Donald Trump, the Republican presidential candidate at the time, to John F. Kennedy. Two months after Mr. Trump won the presidential election, many Republican Senators across the country cancelled meetings in their prospective jurisdictions when they became too afraid of the angry constituents swarming city halls—constituents wanting to know if their healthcare will be protected. For now the administration is on one track only: to repeal and replace. Even though the creators of Trumpcare pulled their legislation last minute because they couldn’t garner enough votes to replace the current healthcare we have, Rep. Mark Meadows (R-N.C.), head of the House Freedom Caucus, says the fight for repeal and replace isn’t over. Just a reminder, John F Kennedy implemented a domestic program called the “New Frontier,” which expanded unemployment benefits, gave aid to cities to improve housing and transportation and passed an act that protected rivers and streams. He signed into law the Equal Pay Act to stop wage disparity based on sex; he established the Peace Corp, helped form the Partial Nuclear Test Ban treaty to protect the environment, as well as created paths for desegregation. Bill Gates got it wrong.

The new health care proposal, should it ever become law, cuts the insurers’ limitation on how much executive compensation is tax deductible, a threshold put in place by the Obama administration. If the threshold is removed, which is the intension of the new bill; companies will be able to go back to putting increases in revenue toward bonuses instead of putting it toward patient care.

Right now, the majority of Americans are encouraged to overlook the facts that insurance premiums paid out $17.3 million in compensation (each) to the CEO of Signa and CEO of Aetna last year and the new health care replacement bill will only make it easier for insurance companies to not pay for maternity care and deny pre-existing conditions like cancer.

Americans should be wary when a lawmaker says that there is no money to fund Medicare, which helps cover health insurance for the elderly, but approves of more money being budgeted for the military. Funding for important scientific research is being cut and yet more dollars have been found to pay for a wall between the U.S. and Mexico.

When I drop my father off at the hospital for his chemotherapy treatment, there is usually a three piece orchestra or pianist in the lobby, orchids in the windows, leather seating, original art on the walls. My father is getting really good, quality care now. My thought has been that things with healthcare can’t be that bad under the Affordable Care Act, and yet my father claims he received a statement from his hospital that charged his Medicare insurer $25k for a trip to the emergency room. He stayed three and a half-hours, which makes that roughly eight thousand dollars per hour for the treatment he received. When he called the insurance company to ask if they planned on paying that amount, the representative wouldn’t discuss the charge with him. The negotiations occur behind closed. The insurance company would like him to hurry up and die, I’m sure, so they don’t have to keep paying for his expensive care, but he continues to fight the cancer with vigor.

The simple matter is all Americans deserve quality health care and regressing to the time when Americans felt fear of losing coverage or went bankrupt trying to pay medical expenses is unacceptable.

It takes a kind of silencing of the majority of Americans to enable a small percentage of people to help create conditions where a large portion of insurance premiums and tax money gets reserved for overhead and profits and leaves fewer dollars to do the work of caring for patients and building up the country. If we don’t remain clear headed, a repeal of the Affordable Care Act will handicap us again—not the fact that we have so many Americans in need of affordable healthcare. ObamaCare took a step in the right direction by creating conditions where twenty million more people accessed healthcare including the self-employed with small businesses and people with pre-existing conditions. That doesn’t mean that improvements to the Affordable Care Act cannot be made to help the cost. The National Center for Health Statistics, as sighted on the Center for Disease Control, reports that Americans spent $9,523 on health expenditures per capita in 2014. That is two to three times more than other developed countries spent.

As a graduate student, in my late twenties, carrying COBRA insurance and after healing from a thirty-minute surgery, the hospital sent me a bill for over one hundred thousand dollars. The charge for the anesthesiologist alone was tens of thousands of dollars. The hospital sent me the bill and said that I was responsible to pay the full amount because the insurance company didn’t or wouldn’t cover the cost of the surgery. Some nights, I’d wake up in a cold sweat at the prospect of facing financial ruin and the experience kicked off many years of avoiding the doctor altogether, which may help the bottom line if a patient goes on paying premiums. Fear of going to the doctor because of the high cost gets at the heart of what is unhealthy about the American healthcare system. The hospital and the insurance company finally resolved the dispute after almost a year, but only after leveraging patient angst as part of their negotiations. A repeal will only take us back to that time and it still ignores the need to make treating patients a less expensive venture overall.

Between taking care of children, working, and helping my father pick up medicine and get to chemo appointments, I only see, like so many middle class Americans must, our protections being stripped away by those who believe that wealth and positions of influence entitles them to lead a country when sometimes it simply becomes an avenue to help a few make more money and an opportunity to stop listening to a general public that requires a stable healthcare system. To me, those two traits set today’s leadership a great distance apart from the leadership Americans found under John F. Kennedy.