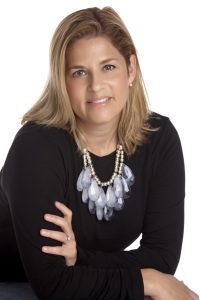 We’ve entered a new political climate where candidates run on the promise to make abortion illegal because it locks up conservative votes. It makes no difference that we haven’t found the solution to the high cost of childcare that will help stabilize the American family. It makes no difference that abortions are on the decline, and in 2014, they reached a historic low. Most importantly, the recent focus on taking away a woman’s right to choose distracts from a significant cultural issue: we abandon a mother if she departs from what Americans perceive as her role to cover the gap of childcare. The Guttmacher Institute confirmed in a January 2017 fact sheet that the top three reasons women give for an abortion are “concern for or responsibility to other individuals; the inability to afford raising a child; and the belief that having a baby would interfere with work, school or the ability to care for dependents.” Right now lawmakers are failing to fight for the souls of the millions of women who have been financially compromised for centuries because a universal childcare system has not yet been established in this country. Inaccessibility to childcare for all women and men creates a tremendous strain on the American people, and a childcare system must be a component of our “village.”

Access to childcare is even seen as a right by a world organization. The United Nations Human Rights Office of the High Commissioner—Article 18, #3—states “Parties shall take all appropriate measures to ensure that children of working parents have the right to benefit from child-care services and facilities for which they are eligible.”

While women’s rights are taking a major beating in the U.S. under the current political climate, we are losing precious time to create childcare solutions. I disagree with a push for tax credits as the only solution to our costly childcare problems. While it may give relief to some middle and upper class families, it won’t help all families across the board. Childcare is a promise that we must make to every single American who needs it. A tax credit can never bring enough relief to the majority of Americans who are paying up to twenty-five percent or more of their income for childcare. The two best solutions, in my opinion, are a national co-op with high standards that families pay into with lower cost dues similar to gym memberships; or a subsidized federal and state funded system that is as good as the childcare in some European countries. One is based on a business model that makes childcare affordable through low monthly dues while the other is a government funded childcare program. For those concerned that implementing a government run universal childcare system will only increase our taxes, may I say they might want to consider the following: our vast prison systems (the largest in the world) and multiple wars in the Middle East are being paid for by us, every single taxpayer, and those high costs are making America not only more poor, but weakening the fabric of American society. Providing an environment where all American children learn impulse control, inclusivity, social and emotional intelligence, and self-reliance can help us secure a more sound culture. Plus there are savings down the line when we participate in providing universal childcare. Raising healthy children into adulthood means welfare rolls, mental health and addiction programs, and homelessness reduced. Moreover, in anticipation of the gridlock that appears when people try to agree on something like what a high quality childcare system looks like, this personal story may ring true: During roaring economic times, we sent one child to an elite, academic pre-school as a form of childcare so I could work more. Sending our child there took a great portion of my income for that year. The program emphasized academics and rigor. We wanted our child to keep up in today’s very competitive atmosphere. Then economic times soured, so we sent our second child to a low cost Christian pre-school run through a church. The program was play based and taught God’s love. Both children thrived. Since then, I’ve always wished that childcare were a blend of philosophies for balance rather than the philosophies being pitted against one another as a way to prove one is best. No matter what the final decision is we must see supporting early childhood development as a fundamental piece of a healthy society. Allow me to also add that pre-school is not a substitute for childcare. A lot of pre-schools only offer programs that start at 9 a.m. and let out at 11:30 a.m. starting when a child is potty trained, which is usually around two and half years old. Those hours make it nearly impossible for mothers, who take on a larger share of the child rearing responsibility, to work without incredible pressure or without putting off a job and their personal ambition. Each American family is left to find a way to bridge the childcare gap between birth and kindergarten and that is when many mothers fall behind because there simply isn’t a reliable system that takes into consideration hours and cost. The average annual cost of infant care in California is $985 per month according to the Economic Policy Institute. The average cost of infant care in Colorado is $1,096 per month. In Alabama, infant care costs 69.1% of the average rent. To me, those figures are not sustainable for the average American family.

War and massive incarceration are breeding grounds for dysfunction, violence, and instability. As taxpayers, we are accustomed to paying for and sustaining those industries, which is unfortunate. We don’t know what a universal childcare system looks like in America because we haven’t tried to develop one yet, but we are a country of innovators and our creative problem solving skills need to be applied to a universal childcare system that will allow us to enhance society. Chances are great that if we develop a universal childcare system in America, it will lead to a more productive and healthier society and pursuing a system based on that theory is worth the risk. What we should assume is that access to childcare is an essential element for the American family and for the American worker to keep us competitive globally and to stave off poverty and violence in this country in general. There is no greater stress on a mother or father who needs to work or go to school and does not have access to childcare. The many American families living from paycheck to paycheck or depending on two incomes cannot always absorb the high cost of childcare and their economic standing is being threatened.

Finding ways to do things more cheaply is what we are good at as Americans. If we apply our ingenuity to design a system that can sustain itself or be less of a burden on the American people than paying for a massive prison system and wars abroad, we will put ourselves first again. Americans garner respect worldwide from what they give to their citizens not from what they take away. Today’s push to take away reproductive rights and other personal freedoms alienates our very sense of what America stands for. Getting American women and men working in a more balanced and financially secure way by offering childcare to all allows us to regain our standing as a generous and forward thinking country.

Universal access to childcare stabilizes the American family despite upsets in the economy. It frees both mothers and fathers to work without the fear of not having a safe and affordable place to bring their children. It may also give a woman a reason to forgo an abortion because support becomes woven into our nation’s fabric. For the good of the country and for the good of Americans, childcare should not be treated as a commodity, but a necessity so that all Americans can continue to strive to innovate, support the economy as well as take on the responsibility of a family.