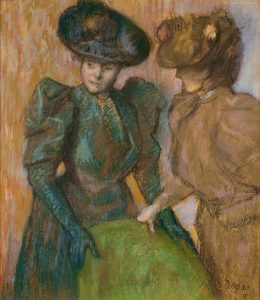 Hot news! And I am not speaking about the weather in the city.

Avoid the lines and book your tickers as soon as possible as the magnificent and exciting new exhibit of Degas is coming to the Legion of Honor, one of my very favorite museums in the Bay Area. Best known for his depictions of Parisian dancers and laundresses, Edgar Degas (French, 1834–1917) was enthralled with another aspect of life in the French capital—high-fashion hats and the women who created them.

Degas’ fascination inspired a visually compelling and profoundly modern body of work that documents the lives of what one fashion writer of the day called “the aristocracy of the workwomen of Paris, the most elegant and distinguished.” Yet despite the importance of millinery within Degas’s oeuvre, there has been little discussion of its place in Impressionist iconography. This is definitely not to be missed. 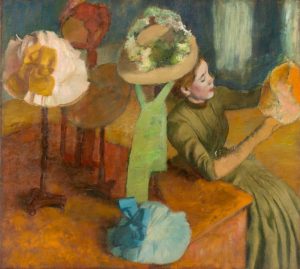 A visit to the Legion of Honor Museum is an experience which encompasses and awakens all your senses: amazing exhibits, gorgeous setting, architecturally stunning building, free organ concerts on the weekends and a lovely lunch with a stroll around the cafe garden is a dream. Just do it! The exhibition is  organized by the Saint Louis Art Museum and the Fine Arts Museums of San Francisco.

Legion of Honor at Lincoln Park

Photo courtesy of Legion of Honor

Don Giovanni Will Sing for Free

Take me out to the ball game... but this time to hear Mozart’s Don Giovanni’s live simulcast transmitted on the high-definition scoreboard from the War Memorial Opera House performed by San Francisco Opera at the famed AT&T Ballpark, the home of the World Champions SF Giants.

Don Giovanni, opera’s most intriguing libretto and a spellbinding music will introduce you to the evening of seductions without regrets until a ghostly dinner guest brings retribution. Gates open at 5 p.m. for the pre-registered fans. Bring a blanket and a picnic basket and enjoy one of the most beautiful operas under the stars. San Francisco knows how to do it with class. 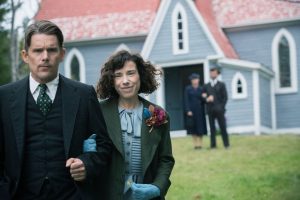 “MAUDIE” to be Screened in the Bay Area

Maud, a bright-eyed, intelligent woman, hunched with crippled hands from arthritis, yearns to be independent and to live away from her overly protective family.  She escapes her solitary existence in her aunt’s home through her art, dreaming away the days, until in her early 30s she finds, and answers, an advertisement for a housekeeper.

Maudie’s determination for her art, along with her partnership with Everett, blossoms into a career as a famous folk artist, bringing them closer together in ways they never imagined.  Bring a hankie to wipe your tears of joy of art, love, inspiration, sadness and challenges of the real world. 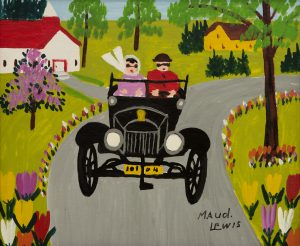 This is the most incredible movie directed by Aisling Walsh and was officially selected for the screenings at the Telluride Film Festival 2016; Toronto International Film Festival 2016; 60th SFFILM Festival. Definitely worth the nominations for numerous Oscars at the 2018 Academy Awards.

Call the theater in your location for the hours 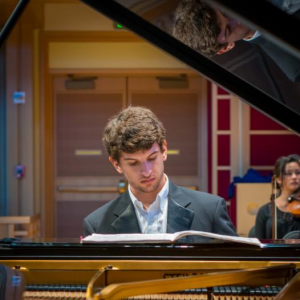 The prestigious Steinway Society of the Bay Area is inviting the community’s patrons to hear four of the most promising and talented young pianists who will enrich our cultural life by performing classical music at a lovely setting of a private home in Saratoga.

Hear them before they move away to perform at the grand symphony halls around the world. Misha Galant, 19, will play compositions by Rachmaninov and Franck; Munan Cheng, 10, will play Beethoven and Debussy; Evelyn Dimov, 12, will present Bach, Chopin, as well as a composition written by her Father Ilya Dimov and Cameron Akioka, 17, playing Bach, Beethoven, Liszt and Prokofiev. 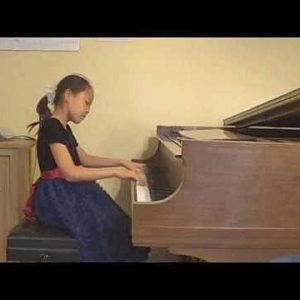 Get inspired and have a wonderful afternoon of beautiful music, exquisite gourmet refreshments and a gratifying feeling that you support Steinway Society’s Outreach efforts which promotes excellence in music education in the Bay Area.

Suggested: a $50 per person tax-deductible donation