Wake up with “Sleeping Beauty” in San Francisco

Brilliantly choreographed by Helgi Tomasson after Marius Petipa, this classic story of a sleeping princess, a handsome prince and the triumph of true love’s kiss will sweep you of your feet and make you fantasize about this charming and romantic fable. 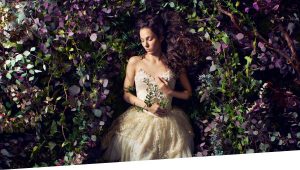 With astounding virtuosity of the dancers, the spectacular sets and lavish costumes “The Sleeping Beauty” will cast its spell over a fairytale ballet of romance and wonder, as it has been doing since its first ballet premiere on January 15, 1890 at Marinsky Theater in St. Petersburg, Russia and on March 13, 1990 at the War Memorial Opera House in San Francisco. 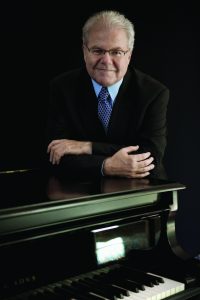 Follow the misadventures of Candide and his sweetheart Cunegonde in a concert version of Bernstein’s wildly popular and eminently hummable comic operetta Candide. 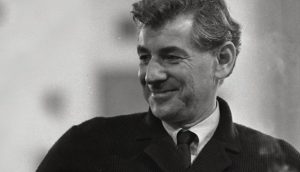 With vocal fireworks performed by an internationally renowned cast, hear MTT lead the San Francisco Symphony in songs like “Glitter and Be Gay” and “Make Our Garden Grow.” This is a perfect celebration of the genius of Bernstein at 100.

Photos of MTT, Ax and Bernstein courtesy of SF Symphony

Musical Stairs at Pier 39 In the City by the Bay

Ever dreamed to be a composer but you don’t own a grand piano? Here is a unique opportunity for your dream to come true as you run up and down, back and forth the entire three-octave length along the musical stairs located at the Embarcadero and Beach Streets in San Francisco. Here is some trivia for you movie buffs: Remember Tom Hanks rocking the famous piano keyboard in the movie “Big”? The stairs at Pier 39 were created by the same artist Remo Saraceni.

They were installed in 2013 and work much the same way: each stair has a motion sensor that corresponds to a piano note. When you and your friends walk across the motion sensor beam, it plays the note. Or enjoy watching your kids or grandkids delight in practicing for their future recital – on foot..  See you there as soon as it stops raining..

Pier 39 at Embarcadero and Beach Streets in San Francisco

Parking is available at Pier 39 Garage

Long before he made us laugh and feel sorry for him as the looser character George Costanza on “Seinfeld” one of the most popular shows on television, Jason Alexander was a Broadway veteran star who will perform a one-man show featuring stand-up comedy, music, improvisations and audience participation.

Sorry, Jerry Seinfeld will not be on stage this time. Are you ready to have some fun and laugh for two hours? Well, this show is definitely for you. I’ll be there.

Flint Center for the Performing Arts