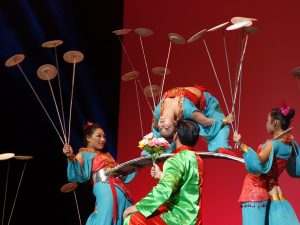 Performances by the agile and exuberant Peking Acrobats combine the rich tradition and rigorous training of ancient folk arts with the sleek theatricality and amazing technical savvy of the 21st century.

Dressed in ornate costumes and accompanied by live music played on Chinese instruments, the supernaturally graceful acrobats will wow the crowds with areal routines, juggling (don’t try it at home with your Mom’s best china), tumbling, somersaults, gymnastics and daring stunts. Not to be missed! 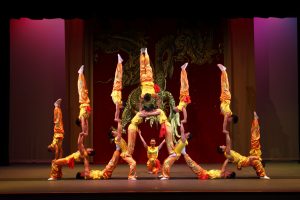 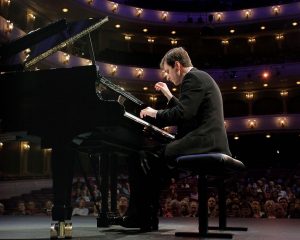 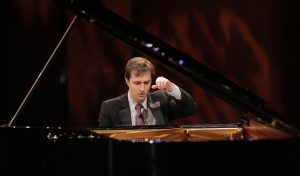 The first musician in his family, Mr. Broberg began piano lessons at age six, when he was fascinated by his mother’s upright—a wedding gift from her parents. He studied for nine years with Dr. Joseph Zins before entering the University of Houston’s Moores School of Music, where, studying with Nancy Weems, he earned a Bachelor of Music degree in 2016.

He resides in Parkville, Missouri, This exciting newcomer to the classical piano stage will win many new fans at his first visit and concert in San Jose.

(Free parking in City Garage directly across the street) 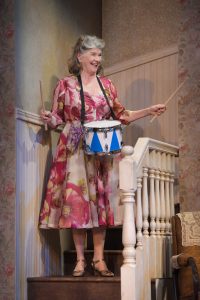 The Birthday Party in San Francisco

The inhabitants of a ramshackle boarding house are eager to know who sent them? And why do they keep asking about the sole boarder, piano player Stanley? As the party guests, including flighty Lula and flirty landlady Meg, gather for Stanley’s birthday, the desperate pianist is forced to confront a surreal interrogation. Says A.C.T. Artistic Director Carey Perloff: “There is nothing more invigorating than confronting the unique world of menace, mystery, and mayhem that accompanies this play of Harold Pinter.”

Intrigued? The inquiring minds want to know and so do we. Explore the hilarious and frightening world of Stanley, hiding out in a postwar seaside bedsit when two strangers come to take him away in this nail biting production of “The Birthday Party” as it marks A.C.T.’s first staging of Pinter’s mysterious classic drama.

A.C.T. is offering numerous InterACT events—many of which are presented free of charge—that will give patrons opportunities to get closer to the action while having an entire night out at the theater. Visit act-sf.org/interact to learn more about subscribing to these events throughout the season.

Enjoy the delicious journey throughout San Jose, the capital of Silicon Valley, as more than 22 restaurants will celebrate #SanJoseEats. Participating restaurants will offer a creative twist on their regular menu including: deep discounts, special menus and signature creations. As one of the nation’s rich in ethnic cultures cities, visitors will experience flavors from Mexico, Brazil, Japan, Spain and India.

Known historically as the Valley of the Hearts Delight, California cuisine is recognized around the globe for being both innovative and delicious due to the state’s vast supply of fresh ingredients, talented chefs and diverse gastronomic influences. In 2016, travelers in California spent $33.9 billion on food and beverage and 38 million domestic visitors participated in fine dining throughout the state. #SanJoseEats is part of Statewide Restaurant Month designated by Visit California. 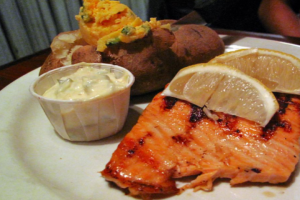 Now in its eighth year, California Restaurant Month drives business for local restaurants and entices out-of-state travelers to visit California. Don’t wait to celebrate! My diet will start after January 28.