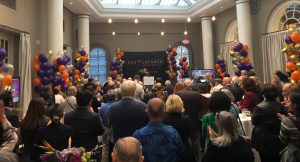 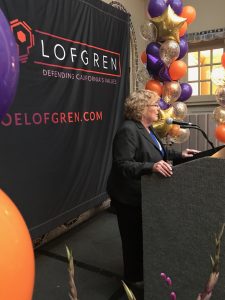 “As I look around the room tonight, I see the faces of many friends and neighbors who I’ve known for years. But I also see faces of many new friends – people who maybe never paid much attention to politics or maybe never even voted. But Trump’s election lit a fire… and his behavior and actions have activated Democrats in a way I’ve never seen before. From the Women’s March and the March for Our Lives to town hall meetings in every community across the country, Americans are speaking out and stepping up like never before. And we can’t stop now.

I’m grateful to have you in my corner for my re-election campaign this year and I hope I can also count on your help and your volunteer time as we work to win the House this November and to elect great Democrats who will join me in the fight for our values and to keep our country moving forward.” 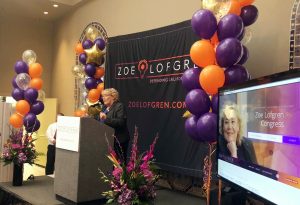 As Chair of the California Democratic Congressional Delegation and as a senior member of the Democratic Congressional Campaign Committee’s candidate recruitment team, Zoe has been all-in on the efforts to win back the House this November and has helped to recruit strong candidates in the 10 Republican-held districts that Democrats are targeting here in California and in more than 100 other districts that are now on the Democrats’ radar around the country.
As of last night, Zoe has delivered over $1m from her re-election campaign account and leadership fund to this effort – and plans to do more in the weeks and months ahead.