The Mubadala Silicon Valley Classic, formerly known as the Bank of the West at Stanford, is the longest-running women-only professional tennis tournament in the world and it is the first stop of the US Open Series. Serena Williams, the legendary tennis champion and the 23-time Grand Slam Champion is on her way to San Jose following her inspiring run to the Wimbledon final and her sister Venus Williams, the seven-time Grand Slam champion, join a 28-player singles draw and a 16-team doubles draw with total prize money of close to $800,000.

TheatreWorks Silicon Valley kicks off its 49th season with the regional premiere of “Hold These Truths” play written by Jeanne Sakata, a Watsonvile native who now lives, writes and acts in Los Angeles. 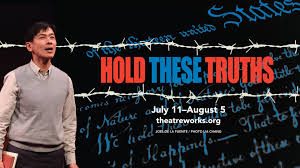 “Hold These Truths” a one-person play staring an amazingly talented and brilliantly versatile actor Joel de la Fuente, tells a story of Gordon Hirabayashi, a Seattle-born Japanese-American who refuses to be sent to an internment camp during World War II in a case that went all the way to the Supreme Court in Washington D.C. Playwright Jeanne Sakata based this play’s theme from her Father’s personal history as well as discovering the Hirabayashi’s story which she came across while watching PBS special. This is one of the best plays I have seen in a long time.

So many unanswered questions and so few answers, as the older generation was not eager to talk about this very sad, dark and difficult time in their lives. A must see, learn and comprehend this remarkably well written, researched, directed by Lisa Rothe and acted to perfection by Joel de la Fuente play. 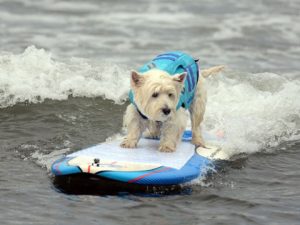 It’s time to get all four paws wet and wild as dog surfers and their human pals are invited to join the fun and bring home a gold medal or two.

If you love dogs, enjoy surfing or just walking on the beach, this annual World Dog Surfing Championships are your chance for you and your best friend to have adventure in the sun and rollick in the waves.

The very first Surf Dog competition in history was conceived and proposed by the author of the book, “The Dog’s Guide to Surfing.” After approaching a local Southern California hotel to host the competition, the debut event took place at the Loews Coronado hotel in San Diego. 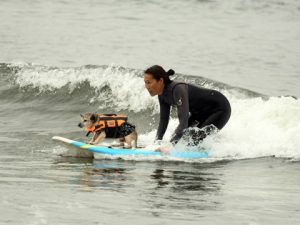 The event’s success inspired similar dog surfing events across the world, including many in California, Florida, Australia and the United Kingdom. My dog Kona and I will be there, just as observers.

Free admission and open to the public

Highway One and Linda Mar Blvd. in Pacifica

Voted Best Lecture Series in the Nation by the International Platform Association the 51st Annual Foothill College Celebrity Forum is a perennial sell out!

Don’t miss the opportunity to hear these famous personalities and participate in the exciting Q&A with these fascinating and famous or some infamous  people who will appear at the Flint Center Performing Arts on the De Anza College campus.