Join me in saluting and paying tribute to the very best sports personalities in the Bay Area.

You actually do not have to be Jewish to be inducted into this prestigious Jewish Sports Hall of Fame, being a “Mensch” – an Yiddish means  “person of integrity and honor” as well as a phenomenal sports champion is an important criteria.

Along with these outstanding sports representatives, the organization also inducts high school student-athletes who are awarded scholarships on the basis of their athletic, academic and community service. See you there! 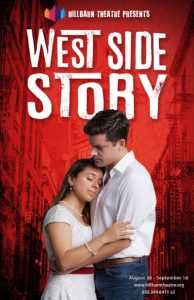 Hillbarn Theatre, the Peninsula’s premiere theatre company opens its 2018-19 season with the most spectacular musical production of the West Side Story.  The saga of two young idealistic lovers who are caught between warring street gangs and their struggle to survive in a world of hate, violence and prejudice is one of the most heart-wrenching and relevant musical dramas of our time.

With a book by Arthur Laurents, music by Leonard Bernstein, and lyrics by Stephen Sondheim, West Side Story features some of Broadway’s most iconic songs, including “Something Coming,” “Maria,” “America,” “Somewhere,” “Tonight,” “I Feel Pretty,” and “One Hand, One Heart.” The original 1957 Broadway production ran for 732 performances and was nominated for six Tony Awards including Best Musical, winning for Best Choreography and Best Scenic Design.

Enjoy the show and its most talented performers who may in the not too distant future win the Tonys, Emmys and the Oscars Awards. Remember you saw them here first! 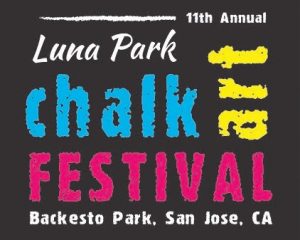 Calling on all chalk art admirers, amateur and professional artists and fun loving families! (Eureka! your favorite pooches are allowed to join you as well)  as the Luna Park Chalk Art Festival celebrates its 11th anniversary.

The festival attracts over 3,000 artists, students, vendors, and community members for a colorful day in San José’s Backesto Park.

Artists, students and chalk enthusiasts create over 250 pieces of diverse art throughout the park’s pathways, including original works, classical recreations, traditional Italian madonarri street painting, 3D realistic works, cartoons, modern abstractions, and much more. In addition to the artwork, the festival features a main stage of local musicians, dancers and performers, as well as local food trucks and vendor booths. 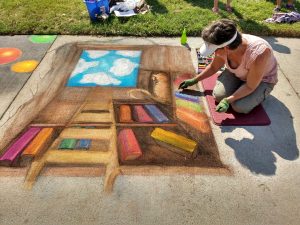 The Luna Park Chalk Art Festival and Luna Park Arts Foundation are 100% volunteer run and it benefits K-12 arts programs in local schools. I just hope they will leave enough chalk for the school teachers as the new school year about to start.

The Face on the Barroom Floor Shines in San Jose

Take a nostalgic trip without leaving the Bay Area as San Jose Chamber Orchestra and Guggenheim Entertainment present The Face on the Barroom Floor (a one-act opera) which will take viewers on a historical, musical, and poetic journey in celebration of Henry Mollicone (a long-time San Jose resident) and the 40th Anniversary of his opera, The Face on the Barroom Floor, audiences will enjoy a live performance of the opera followed by clips from  “The Face on the Barroom Floor: The Poem, the Place, the Opera”, a film directed by Rhode Island-based filmmaker Lawrence Kraman, written by David Patrick Stearns, and edited by an impressive young filmmaker, Dillon Poole, Other songs which Mr. 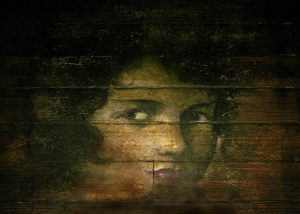 Mollicone has written throughout his illustrious career will be performed during the celebration. Well we definitely have more than just chips and technology too offer in the heart of Silicon Valley – This is truly a local original masterpiece.

Photos courtesy of The Face on the Barroom Floor