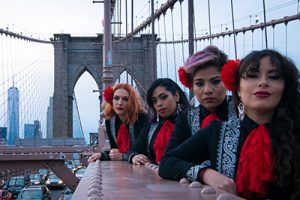 The first and only all-women Mariachi group with diverse members who come from a variety of backgrounds including Mexico, Puerto Rico, the Dominican Republic, Cuba, Australia, Germany, Italy, and the United States, offer an edgy, versatile and exuberant performance while continuing the preservation of the centuries old traditional Mexican songs and classic melodies.

The group has toured with renowned rock band The Arcs, which included a performance at the Coachella Music Festival in 2016. 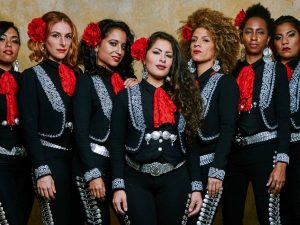 Featuring a lively blend of modern talent and diversity, NPR raves “there should be fireworks named after this band, for all the intensity and color and life that bursts forth from Flor de Toloache.” The popular group has illuminated renowned stages throughout the United States, Europe and India. And now it is our turn to see and hear them in the Bay Area. See you there! 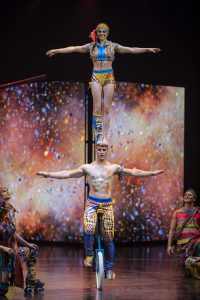 Inspired by the transformative characters of The Greys and The Freespirits featured in the production—and paying homage to the adventurous spirit that fuels the culture of street sports.

The limited-edition ice cream flavor features an Earl Grey ice cream base with a jolt of burnt lemon folded in. Yum! Yum! To create the burnt lemon, Humphry Slocombe co-owner and head ice cream-maker Jake Godby roasted whole lemons in the oven at 400 degrees until they were completely blackened.

The fruit was then pulverized into a powder and incorporated into the ice cream mixture. The result is a highly complex flavor profile that melds the rich aromatic taste of Earl Grey with the tart and smoky flavor of the lemon.

VOLTA is Cirque du Soleil’s 41st original production since 1984, and its 18th show presented under the Big Top. 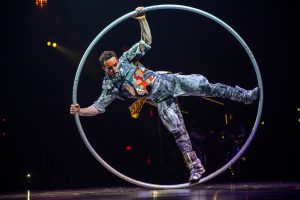 Energetic, urban and contemporary, VOLTA is a captivating voyage of discovery that showcases never-before-seen under the Big Top acrobatics in a visually striking world.

Driven by a stirring melodic score, composted by Anthony Gonzalez from the international electronic group M83, and inspired in part by the adventurous spirit that fuels the culture of street sports, VOLTA is a story of transformation.

It is about being true to oneself, fulfilling one’s true potential, and recognizing one’s own power to make it possible. Ultimate freedom comes with self-acceptance, and with the liberation of the judgement of others. 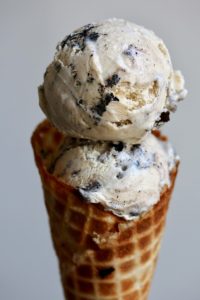 The company has brought wonder and delight to more than 190 million spectators in more than 450 cities on six continents. Cirque du Soleil Entertainment Group has close to 4,000 employees, including 1,400 performing artists from close to 60 different countries. Get you tickets now before they are totally sold out.

To purchase tickets or for show information, visit cirquedusoleil.com/volta.

Among the foremost interpreters of the work of Arvo Pärt, a composer known for his expressive genius, the Grammy-winning Estonian Philharmonic Chamber Choir brings his Fratres, Cantus in Memoriam Benjamin Britten, and Adam’s Lament among other works that capture his expressive genius for the elegiac and the sublime.

The choir, founded in 1981, draws raves from the critics: “So wondrously talented a group of singers,” said the New York Times. 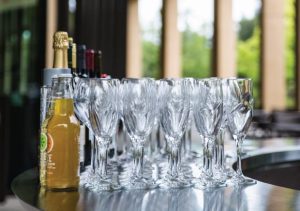 The performance is supported by the Wollenberg Foundation.

The stunningly gorgeous and acoustically splendid Bing Concert Hall is a perfect venue to hear this incredible concert on the grounds of one of the most famous universities in the world.  No diplomas will be awarded at this particular concert, but a priceless experience is guaranteed. The Bing Concert Hall Interlude Cafe, a division of Stanford Hospitality, is located in Bing Concert Hall’s expansive lobby and serves guests before each performance and during intermission. gourmet sandwiches, cheese platters, snacks, and an assortment of wines, beers, and nonalcoholic beverages.

Skip the lines and pre-order! Stanford Live is your destination for live performances in the heart of Silicon Valley, technology’s gateway to the universe. 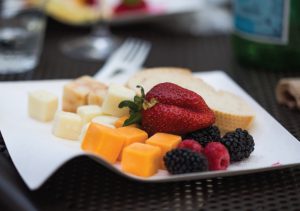 Soyeon Kate Lee, the brilliant virtuoso pianist, the first prize winner of the 2010 Naumburg International Piano Competition and the 2004 Concert Artists Guild International Competition winner will wow the audiences with her interpretation of Grieg’s Piano Concerto Op. 16 in A minor with the Peninsula Symphony Orchestra (PSO) under the masterful baton of Maestro Mitchell Sardou Klein. 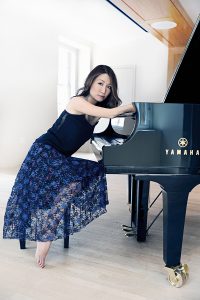 Celebrate Peninsula Symphony’s 70th Anniversary – The Platinum Season with one of the most captivating pianists on tour today.

Lauded by the New York Times as a pianist with “a huge, richly varied sound, a lively imagination and a firm sense of style” Soyeon Kate Lee, the Korean-American pianist is returning to the Bay Area following her 2015 triumphant performance with the Peninsula Symphony, our musical treasure.