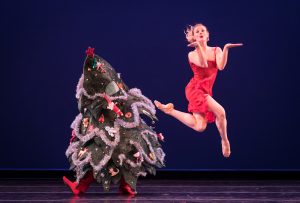 Smuin kicks off the holidays with the return of The Christmas Ballet, the beloved Bay Area tradition featuring two acts packed to the brim with both flawless classical ballet and red-hot contemporary numbers. 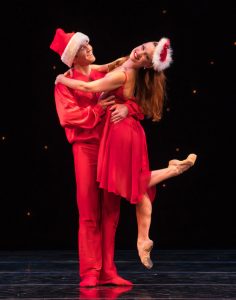 The 2018 edition of The Christmas Ballet will include many original pieces from founder Michael Smuin, plus two festive world premieres: a beautiful new work by Rex Wheeler, plus a pas de deux by Erica Felsch set to the classic “Have Yourself a Merry Little Christmas.” Featuring the perfect combination of long-time favorites and delightful new surprises, this charming and sizzling medley is set to holiday tunes and incorporates a variety of popular dance styles including ballet, tap, jazz, and swing.

A delightful holiday treat that was declared “the finest toast to the season” by the San Francisco Chronicle. The Christmas Ballet will tour the Bay Area beginning with shows in Walnut Creek (November 16-17), continuing in Carmel (November 30-December 1) and Mountain View (December 5-9), and finishing up with its annual holiday run at the Yerba Buena Center for the Arts in San Francisco (December 13-24). Definitely a special treat for the Bay Area audiences. 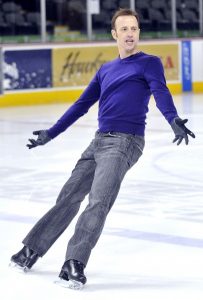 The Winter Park at Civic Center celebrates its opening by inaugurating a number of festive events including the debut of the ice rink and a track woven through a 400 ft. lighted tree forest.
To commemorate the all new of its kind attraction and the ice experience the grand opening festivity will feature the appearance of the World and Olympic Gold Medalist Brian Boitano and special performances from San Francisco Ice Theatre and world renowned Mayumi Nakimoshi, an international entertainer who headlines ice shows around the world, including aboard the world’s largest cruise ships. Nakimoshi combined her 25 years of ice skating experience with her 10 years of gymnastics to create her signature specialty act of “ice hooping”, making her the world’s only hula hooping ice act to perform a back flip on ice. Following the grand opening ceremony local youth will take the ice for the first skate of the season. 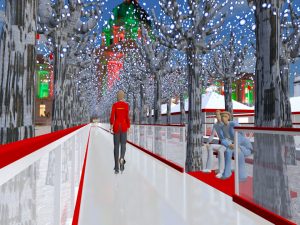 Don’t forget to say Happy Holidays to London Breed, the city’s Honorary Mayor who will welcome the attendees to the ceremony. The park is created by Willy Bietak Productions, which worked closely with the San Francisco Recreation & Park Department  in  presenting a winter wonderland, California style under the sun, just a few steps away from the Mayor’s office at the San Francisco City Hall. Modeled after the internationally-famed Wiener Eistraum—an ice-skating rink located in the City Hall Square of Vienna, Austria—The Winter Park will be the first attraction of its kind in the Bay Area.
Nestled among other cultural institutions like the Asian Art Museum, American Conservatory Theater’s Strand Theater, San Francisco Public Library, Davies Symphony Hall and City Hall, the ice rink is a welcome addition to the city’s fun in the winter sun (sunscreen is a must!) during this holiday season. Huge added surprise: Learn how to Curl: on December 2, 9,16, 23, 30, 2018 from 10:30 to 11:30. 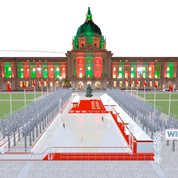 Check out the lineup of special Civic Center events throughout the holiday season.
Tickets and Information
$20 for adults and $5–15 for children eight years old and under with figure skates or hockey skates rental included in the cost of admission
WinterParkIceRinkSF.com
Winter Park at City Hall
355 McAlister Street by the City Hall in San Francisco
Images courtesy of Willy Bietak Productions
Journal photo of Brian Boitano by Tim Hynds 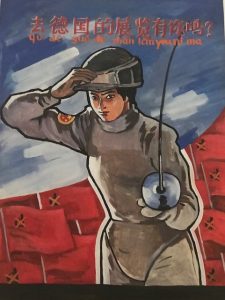 Art and China after 1989: Theater of the World

Exciting news from SFMOMA as it is presenting one of the largest exhibitions of contemporary art from China in North America.

Bracketed by the student protests in Tiananmen Square in 1989 and the spectacular pageantry of the Beijing Olympics in 2008, Art and China after 1989: Theater of the World is an extensive survey of an historical period of Chinese contemporary art.

It looks at the bold movements that anticipated, chronicled and agitated for the sweeping social transformation that brought China to the center of the global conversation.

Featuring the work of more than 60 key artists and artist groups living in China and abroad during the onset of globalization, Art and China after 1989: Theater of the World presents over 100 works of photography, film, video, painting, sculpture, ink, performance, installations and participatory social projects. 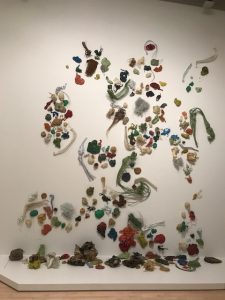 You will be greeted by artist Chen Zhen’s dramatic Precipitous Parturition (2000), an 85-foot long writhing dragon sculpture created from found materials including bicycle inner tubes, bicycle parts and toy cars will be displayed suspended from the ceiling.

The work offers a sly commentary on China’s dramatic transition from an analog nation of bicycles into a highly industrialized nation whose cars emerge from the belly of the dragon. Truly amazing! From serious to whimsical this spectacular exhibit is an eye opening journey depicting the life in China after 1989.

The curators worked with an international advisory committee that has met under the auspices of the China Academy of Art, Hangzhou, and the Central Academy of Fine Arts, Beijing. 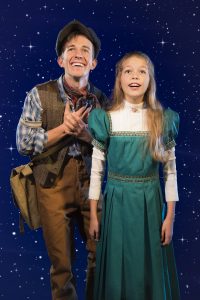 Tuck Everlasting – A Magical Musical for the Holidays

TheatreWorks Silicon Valley does it again and again as it enriches our cultural life by bringing the best plays to the Bay Area audiences. Just in time for the holidays an enchanted bestseller springs to life with the regional premiere of Tuck Everlasting.

Set in the 1890s, free-spirited Winnie Foster searches for adventure, finding the Tucks, a close-knit family that has discovered the secret to everlasting life. Winnie faces the choice of a lifetime: return to everyday life, or join the Tucks on their infinite, irreversible voyage through time. Well, I guess you’ll have to see the play to find out what is her decision. 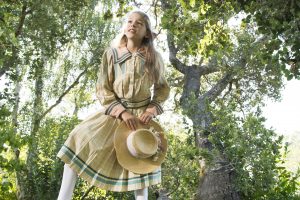 The New York Times called it “Rapturous, warm-spirited and touching,” while Associated Press declared, “The music is magical. Long may it live.” Variety said, “This is an intimate family story of love, loss and the purpose and power of storytelling in the American folk tradition of Twain and Wilder.”

This whimsical Broadway musical should be added to your holidays calendar.