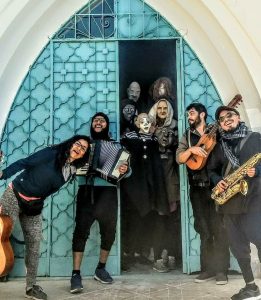 SAN JOSÉ, CA (December 5, 2018) – Today, Teatro Visión announced it has been selected as a recipient of a Hewlett 50 Arts Commission, a program of the William and Flora Hewlett Foundation. Teatro Visión is among a stellar group of 10 Bay Area-based non-profit organizations that will receive $150,000 to create important and unique work that facilitates discussions around the most pressing local issues. 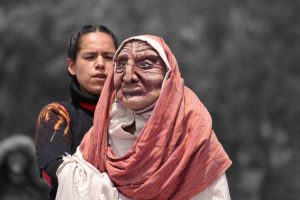 Throughout the creation process, communities in the Bay Area and Mexico City will be invited to join the artists for participatory workshops. Community members will also share personal stories of migration as it pertains to individuals and families, as well as to ideas, traditions, history, art, and spirit. The artists will weave these stories into the structure of Alas y Raices. Public workshops and interviews will be held in San José and in Mexico City beginning in summer 2019. The finished piece will premiere in the theater and the outdoor courtyard at the School of Arts and Culture at the Mexican Heritage Plaza in San José in 2021.

According to La Quinta Teatro member Carolina Pimentel, “We will build a spectacle with small fragments of real stories we will collect during the first two years of the project. The goal is to shed light onto a current issue with a spectacle of great reach, built with the active participation of the community … We seek to create empathy in the observer, and create community among those who experience it.”

Launched in 2017 to celebrate the foundation’s 50th anniversary, the Hewlett 50 Arts Commissions is a five-year, $8 million initiative supporting the creation and premiere of 50 new works by world-class performing artists working in five disciplines. The largest commissioning initiative of its kind in the country, the program is a symbol of the Hewlett Foundation’s longstanding commitment to sustaining artistic expression and encouraging public engagement in the arts across diverse communities in the San Francisco Bay Area. More information about the Hewlett 50 Arts Commission can be found at: hewlett.org/50Commissions. 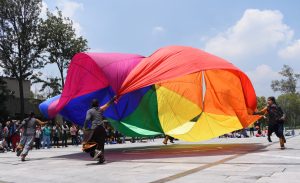 Teatro Visión is a Chicanx theater company serving the Latinx and other diverse communities of the Santa Clara Valley and the greater San Francisco Bay Area. Teatro Visión’s mission is to create theater rooted in Chicanx and Latinx experiences to inspire the people of Santa Clara Valley and beyond to feel, think, and act to create a better world. Established in 1984, Teatro Visión has commissioned, developed, and produced over 60 plays. Learn more at: www.teatrovision.org.

La Quinta Teatro, led by director Salomón Santiago, is a street theater ensemble based in Mexico City and dedicated to the creation and production of open-air theater spectacles. Their work is characterized by the use of huge puppets and masks, whimsical costumes, and energetic music, inspired by diverse Latin American traditions. Their approach is grounded in community, activating public spaces such as markets, plazas, the subway, schools, and cultural institutions. Find them on Facebook: @LaQuintaTeatro.

Russell Rodríguez is an accomplished musician specializing in performance styles of huasteca, jarocho, mariachi, and other traditional music forms of México. His theater credits include working with San José Repertory Theater and El Teatro Campesino. His previous work with Teatro Visión includes composing music for Macario and Departera. He is currently on the music faculty at the University of California – Santa Cruz.