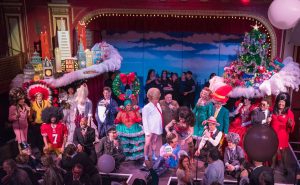 Steve Silver’s Beach Blanket Babylon hilarious pop culture musical review rings in the New Year for your date with Snow White as she invites you on a fast-paced journey around the world in search of her “Prince Charming.”

Behave and beware – as you may also end up among these entertaining people. It is always the funniest and the funnest show playing almost every night in San Francisco.

This longest running show on the stages of the United States changes its characters as the news of the world change. 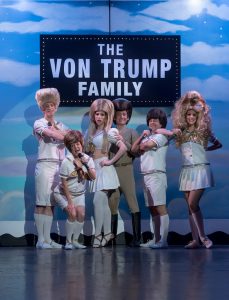 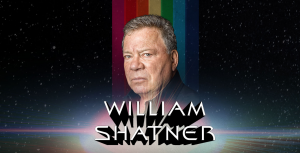 Set your phasers to stun! Prepare to be beamed up for an unforgettable night with William Shatner, live on stage following the screening of the classic film Star Trek II: The Wrath of Khan at the Flint Center.

Following the movie presentation, one of Hollywood’s most recognizable actors, William Shatner, will take to the stage to share fascinating and humorous behind the scenes stories from portraying the original Captain James T. Kirk in the Star Trek television series and movies as well as reminisce about his career spanning over 50 years as an award winning actor, producer, director and writer.

Fans will also have a chance to ask William Shatner their questions during the audience led Q&A. You may consider wearing one of your favorite Star Trek costumes, but remember there is only one star to shine this evening and that’s William Shatner!

$150 VIP ticket will offer a premium seating and a photo-op with Mr. Shatner. No autographs please. 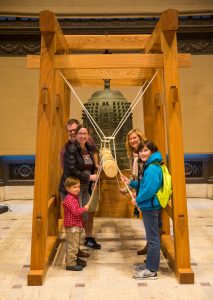 Get your muscles in shape for taking a swing at a 2,1000 pound,16th-century Japanese temple bell in time to ring in the New Year at the Asian Art Museum in San Francisco.

Led by Reverend Gengo Akiba, this inspiring ceremony will include a purification ritual and chanting of the Buddhist Heart Sutra.

Reverend Akiba will begin the bell-ringing, and participants may then take turns ringing the bell to leave behind any unfortunate experiences, regrettable deeds or ill luck from the previous year. Simply start a new year on a happy note. The bell will be struck 108 times to usher in the New Year and curb the 108 mortal desires (bonno) that, according to Buddhist belief, torment humankind. Pick up tickets to ring the bell at the main entrance to Samsung Hall.

Museum’s Members can enjoy earlier admission to this event. Please note, this year’s Bell Ringing takes place on December 30, not the 31st, as the museum is not open on Mondays.

The museum makes every effort to allow all the visitors an opportunity to participate in this ceremony. However, to ensure you have a chance to ring the bell, it is recommended that you arrive at Samsung Hall no later than 12 p.m.While you wait your turn, fold paper cranes for luck and prosperity in the new year.

It always fascinating to observe and participate in the colorful traditions of the Bay Area’s rich ethnic cultures. Need more exercise?? Stroll to the City Hall’s new ice skating park for some fabulous and fun outdoor activity for the entire family. I wonder if they serve hot chocolate? Let me know. Happy New Year! 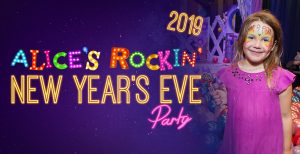 Alice’s Rockin’ New Year’s Eve! It Must be in Berkeley!

Kids are people too and they are invited to join the party of the year. Bring the entire family for a very special–and very family friendly New Year’s celebration! Kick off the evening at 6:00 p.m. with scrumptious skewers and hearty hors d’oeuvres.

The adults will enjoy wine and kid-friendly beverages will be served along with face painting and festive frivolity activities in the lobby. More fun with the Bay Area Children’s Theatre (BACT) special performance of “Wonderland: Alice’s Rock & Roll Adventure.”

After the show, check out the yummy dessert bar and rock out with Alice, The Mad Hatter, White Rabbit, and The Red Queen as all dance away the old year, culminating in a bubbly champagne and cider special “East Coast Toast” at 9:00 p.m.

A perfect opportunity to not worry about the babysitters. The kids are with you and it is a truly family festivity.  Sorry, but your pooch  stays home alone this time.