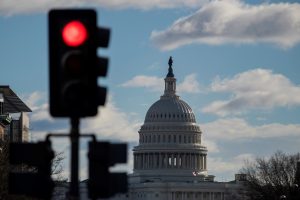 Washington, Dec 22 (EFE).- The partial shutdown of the US government will be prolonged at least until Thursday after the two houses of Congress ended their respective sessions Saturday without coming to an agreement on a new federal budget replacing the one that expired at midnight Friday.


Republican Senate majority leader Mitch McConnell announced that the Senate will meet informally on Monday, Dec. 24, Christmas Eve, and will return to work on Thursday, Dec. 27, at 4 pm to see whether they can reach an accord that would allow the government to again be fully functional.


The administration is paralyzed because Republicans and Democrats could not reach an agreement Friday night on the $5 billion that US President Donald Trump demands in the budget to pay for his wall on the Mexican border.


McConnell said Saturday that the budget will only go to a vote in the Senate when negotiations produce a “solution that is acceptable to all parties,” in other words, when the budget law has a guarantee of the 60 votes it needs to be approved by the Senate.


The Republicans, who have the majority in the upper house, need nine Democratic votes for the budget to pass so that Trump can sign it into law.


Up to now, the White House has refused to give in to their requests and considers that the Democrats ought to adapt to what the president wants, including the $5 billion for the border wall, government officials told the press Saturday.


However, Democratic leaders refuse to include spending for the border wall and believe the government’s paralysis is all due to a presidential “temper tantrum.”


The shutdown affects a total of 800,000 of the US’s 2.1-million-strong federal workforce, who will not be paid until a spending bill is approved.


On this occasion, the shutdown is only partial because three-fourths of the federal budget – including the Pentagon – has been funded through September 2019.


A total of 10 federal government agencies are affected, including the Transportation, Justice, State, Homeland Security and Treasury Departments and the Internal Revenue Service.


Those agencies were left without funding at midnight last night, but the real impact of the government shutdown will not be felt until Wednesday, because most officials are off on holidays on Christmas Eve and Christmas Day.


The latest shutdown is the third since Trump was inaugurated in January 2017.