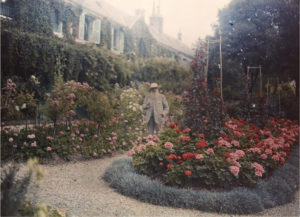 Monet: The Late Years at the de Young Museum

The beloved water lilies are now on view at the architecturally stunning de Young Museum located in the magical setting of the Golden Gate Park in San Francisco.

For those of you who have not had a chance to visit Monet’s Estate and Gardens in Giverny, France, one of the memorable highlights of my visit to France, here is your priceless opportunity, just for the price of the museum’s admission, to see the world renowned Claude Monet’s mesmerizing water lily paintings and learn new insights about the final phase of his career.

Monet: The Late Years explores the artist’s majestic panoramas as well as other late works that mark him as a forebear of modernism.

The exhibition opens with a prologue of scenery from Monet’s outdoor studio in Giverny, France—a source of inspiration that he would revisit continually throughout the rest of his career.

Paintings from the late 1890s and early 1900s include Water Lily Pond (Japanese Bridge) from the National Gallery of Art, Water Lilies from the Art Institute of Chicago, and other depictions of the newly created pond, and the artist’s house seen from the rose garden.

This is the first exhibition in North America in over 20 years dedicated to Monet’s radical late career and features approximately 50 paintings, with many on view in the United States or on the West Coast for the first time. 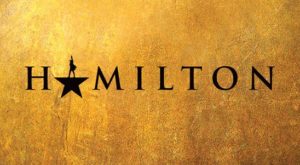 Hamilton is Back in Town!

A new generation of audiences will be introduced to Hamilton, the current production at the Orpheum Theatre in San Francisco.

The brilliant Lin Manuel-Miranda who conceived of Hamilton will not be here, but his award-winning musical with an extremely talented cast is continuing its triumphant journey around the world with a stop over in the Bay Area.

Unless you were deeply asleep for the past few years and have not heard of Hamilton – it is the story of America’s Founding Father Alexander Hamilton, an immigrant from the West Indies who became George Washington’s right-hand man during the Revolutionary War and was the new nation’s first Treasury Secretary.

Featuring a score that blends hip-hop, jazz, blues, rap, R&B, and Broadway, Hamilton is the story of America then, as told by America now.

Even if you saw it once, a repeat visit to be wowed and awestruck again is highly recommended.

With book, music and lyrics by Lin-Manuel Miranda, direction by Thomas Kail, choreography by Andy Blankenbuehler and musical supervision and orchestrations by Alex Lacamoire, Hamilton is based on Ron Chernow’s biography of Founding Father Alexander Hamilton.

I suggest to familiarize yourself with the history of this era by reading Chernow’s book prior to attending the show.

I found it extremely helpful. Come early as there is a wonderfully euphoric atmosphere in the theater before the show.

For each performance of Hamilton, SHN is holding a ticket lottery, offering 44 tickets at $10 each. To win the chance to buy up two of the tickets visit the Hamilton app or http://hamiltonmusical.com/lottery. 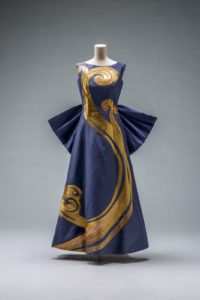 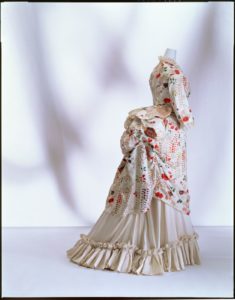 Kimono Refashioned at the Asian Art Museum in San Francisco

A spectacular current exhibit of Kimono Refashioned is adding a touch of grandeur to the magnificently designed Asian Art Museum situated right across from San Francisco’s City Hall.

The exhibit’s showcase reveals impact of Japanese design on high fashion throughout the world.

From the Victorian era to the digital age, including its influence and integration into the fashions created by a number of major couture designers such as Coco Chanel, Issey Miyake, Comme des Garçons and Tom Ford are  featured in this amazing exhibit presented and hosted by one of my absolutely favorite museums in the Bay Area.

In the early 1980s, Japanese avant-garde designers took Paris by storm, disrupting the world of haute couture. But this was not the first time Japan had transformed global style. Intrigued and fascinated? 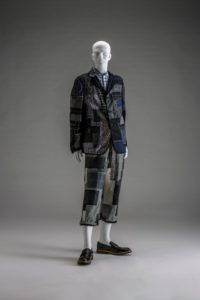 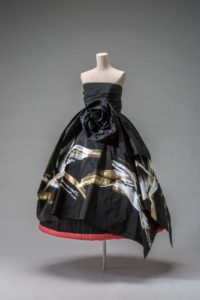 This is a must see exhibit  featuring 150 years of kimono-inspired clothing from the world-renowned Kyoto Costume Institute. I am sure this exquisite exhibit may inspire you to visit Kyoto, one of the most picturesque cities in Japan.

Orchids of the enchanted forest are awaiting you at this year’s Pacific Orchid Exposition,  one of the largest orchid shows in the United States. Having trouble keeping your plants alive and healthy? 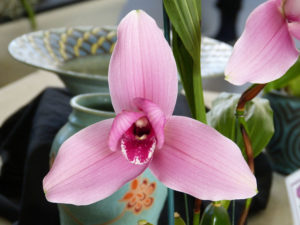 Be sure to visit the “Plant Doctors” for advice on all your growing needs and challenges.

Throughout the event there will be docent tours and skilled horticultural experts to educate and guide attendees through the various orchid displays and award-winning flowers.

Gather tips on how to grow your orchids while spending the day with your family and friends.

You’ll find that this exposition is an ideal outing: with a silent auction, live music, and beautiful flowers from all over the world.

New this year is a special educational area with activities focused on kids which will take place Friday through Sunday.

This is one show you and your family won’t want to miss! 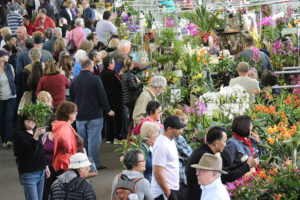 Children under 16 years old are free with a paid adult accompanying them.