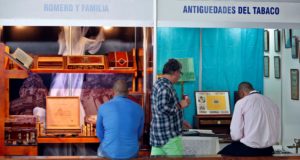 Havana, Feb 18 (EFE).- The Cuban Cigar Festival opens in Havana this Monday its 21st and largest event to date with activities related to the world of cigars, from growing to rolling to savoring and judging, with more than 2,000 participants on hand from 70 countries.

The inauguration of the Cuban Cigar Trade Fair kicked off the event, which this year has the added attraction of “the anniversaries we’re celebrating,” the copresident of Habanos S.A., Luis Sanchez-Harguindey, told EFE.

The year 2019 marks a special moment for Habanos, first, because it is the 5th centenary of the founding of the city of Havana, and second, it is the 50th anniversary of Trinidad cigars, one of the 27 iconic brands the Habanos company sells around the world, each and every one made by hand.

Habanos, a mixed Spanish-Cuban company founded in the year 2000, says it sold approximately 70 percent of the 140 million cigars sold last year around the world – not counting the United States, where the brand cannot be sold because of Washington’s economic embargo. 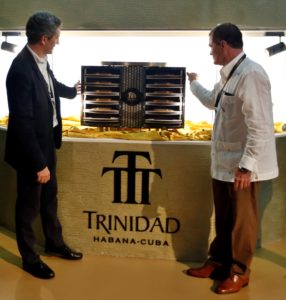 Until it closes next Friday, the festival will be rich in related activities, such as an international seminar with classes taught by experts, and the final phase of a contest in which those who classified in other countries will show what they know about the world of Cuban cigars.

Visits have also been scheduled to plantations in the western Cuban province of Pinar del Rio, considered one of the best terrains in the world for growing tobacco, and to various production facilities where Cuban cigars are made.

The largest cigar company in the world made use of the inauguration ceremony this Monday to announce it had sales revenues in 2018 to the tune of $537 million, a 7 percent hike over the previous year.

Its five largest markets in sales volume during 2018 were Spain, China, France, Germany and Cuba.
Sanchez-Harguindey particularly noted the more than 50 percent growth in sales to China, a market that in coming years could become the world’s leading consumer of Cuban cigars.

“Spain continues to be the number one market, a mature, highly developed market, and of course China is our future in Asia and we hope to keep prospering there,” the copresident of Habanos S.A. said.