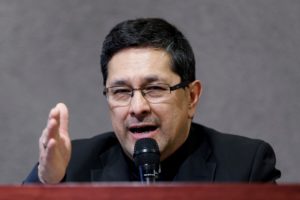 Mexico City, Mar 5 (EFE).- The Catholic Church on Tuesday admitted that 101 Catholic priests have been prosecuted for sexual crimes since 2010 in Mexico, but fell short of reporting their current status or the outcome of the accusations before civil authorities.

“So far, we have (data) from 64 dioceses, we have more to compile and we have 101 cases that are in ministerial processes; we don’t know the status or the result,” Alfonso Miranda Guardiola, secretary of the Episcopal Conference of Mexico (CEM), said at a press conference.

The only case of a priest convicted for sexual crimes in the last decade is Juan Manuel Riojas Martinez, who was sentenced to 15 years in prison in Oct. 2018 for rape of a minor which occurred in a seminary in 2013.

The CEM explained that as part of a “responsible investigation,” the dioceses, a territory under the jurisdiction of a bishop, were asked to report cases of sexual abuse currently under investigation by civil authorities.

“We have to specify the number because the one I gave is not the latest figure, we have to review how far this reality reaches, for now we can’t quantify the total” said CEM president Rogelio Cabrera Lopez.

The CEM announced a work plan with five major objectives for the protection of minors, such as diagnosis, prevention, justice and response, support for victims and promotion of respect for the law, which have 28 lines of action.

The plan of the Mexican Catholic authorities comes after the meeting of the Catholic hierarchy in the Vatican two weeks ago, which addressed the scourge of abuse of minors by clerics, and where some victims also participated.

In early February, CEM reported that it was applying a policy of “zero tolerance of sexual abuse of minors” and increasing “transparency towards society.”

In November 2018, it created a multidisciplinary team composed of bishops, priests and independent lay experts to address sexual abuse within the Church.

“Sexual abuse of minors is one of the most painful realities of the Catholic Church in the world. However, with these concrete, clear, transparent and forceful actions, we want to regain the confidence of the faithful,” the CEM said in a statement.