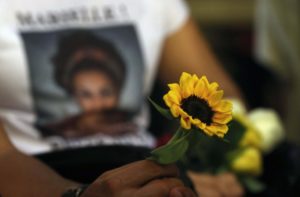 Suzano, Brazil, Mar 14 (EFE).- Hundreds of people gathered early Thursday to pay their respects to some of the victims of a school shooting in Suzano, a community of more than 285,000 people located some 60km (37mi) from Sao Paulo city in southeastern Brazil.

The massacre occurred Wednesday, when two former students opened fire inside Suzano’s Raul Brasil high school, killing eight people and wounding a dozen others before taking their own lives.

The families of the other fatalities, student Douglas Murillo, 16, and 51-year-old Jorge Antonio de Moraes, the uncle of one of the shooters, preferred more intimate ceremonies, a school counselor told EFE.

Hundreds of people filed past the open caskets in absolute silence. 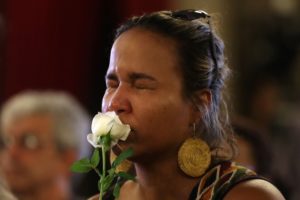 In solidarity with the deceased and their families, Suzano Mayor Rodrigo Ashiuchi and federal Education Minister Ricardo Velez joined the wake early in the morning.

The governor of Sao Paulo state, Joao Doria, was also expected to make an appearance.

The viewing was set to continue until 4.00 pm, when the bodies were to be transported to Sao Sebastiao cemetery for interment.

The Suzano municipal government announced Thursday the start of three days of official mourning and ordered all public schools closed for the rest of this week to honor the victims.

Classes will resume next Monday following a meeting of teachers, school administrators and psychologists to develop approaches for helping the roughly 26,000 students deal with the horrific events of this week.

That session will focus on ways of combating violence and bullying in pursuit of restoring a “culture of peace,” the Suzano administration said.