Caracas, Mar 17 (EFE).- The National Journalists Association (CNP) of Venezuela on Sunday denounced the attacks on freedom of expression it said have been mounted by the Nicolas Maduro government, adding that the media has become a “political target” simply because they are informing the public of what is going on in that country in crisis.


The group posted a message on Twitter to that effect, adding that Maduro’s regime “represses, jails, disappears for hours, tortures and harms” the rights of press workers who are also “threatened” and exposed at public events or on state-run VTV television programs.


“We energetically reject these kinds of acts, which violate human rights,” said the CNP, holding Maduro and the security forces responsible for the “physical integrity” of all press workers in Venezuela.


Also on Sunday, the National Union of Press Workers (SNTP) denounced on Twitter attacks on communicators on regional news Web sites of La Prensa de Lara and El Informador in the western state of Lara as they were covering the visit of a United Nations human rights commission to the area.


The SNTP said that journalists Enmanuel De Sousa and Reinaldo Gomez, with El Informador, were “threatened and pursued by collectives (pro-government groups)” while Agatha Reyes, with La Prensa de Lara, was “attacked” by government officials.


The group also said that the Bolivarian National Guard is preventing journalists from covering the UN commission’s activities in Lara state.


Complaints of attacks on press workers in Venezuela have increased during 2019, especially after the political crisis in the country became more acute with the self-proclamation of opposition Parliament chief Juan Guaido as the country’s interim president.


The Venezuelan Parliament’s Media Committee says that so far this year, almost 200 attacks on the press have been registered.


The 32-year-old Six is in the air right now, flying from Caracas to Germany, said Espacio Publico chief Carlos Correa head of the Espacio Publico, with the group publishing on Twitter a photo of the reporter in a plane giving the V for Victory sign.


Six had been arrested in Falcon state on Nov. 17 for allegedly taking an unauthorized photograph of Nicolas Maduro and for having “suspicious” materials on his mobile phone.


The conditions of his release include the fact that he must appear before a Venezuelan court every two weeks and is prohibited from speaking with the media about his case.


The opposition Encuentro Ciudadano group, headed by lawmaker Delsa Solorzano, said on Twitter that it was accompanying Six back to Germany to “ensure his (physical) integrity.”


Six has covered conflicts and crises in at least 70 countries, including Libya, Ukraine and Syria, and in the latter he was held by state security forces from December 2012 through March 2013.


On Sunday, The New York Times published an article accusing the Maduro government of using food and medicine to pressure citizens prior to the 2018 presidential elections, warning them that they would stop receiving subsidies and medical treatment if they did not vote for Maduro.


Specifically, the daily reported speaking to 16 members of Cuban medical missions to Venezuela, who described a system of deliberate political manipulation implemented by the Maduro regime, including not using medications on patients with the aim of reserving them for the election period, when they demanded that people vote for Maduro in exchange for receiving treatment.


The sources pointed to assorted techniques designed to pressure people into voting for the government, including denying treatment to opposition supporters who had terminal illnesses.


In addition, they said that they were ordered to go door to door in impoverished neighborhoods to offer medicines at the same time that they were to warn people that their access to medical services would be cut off if they did not vote for Maduro or his government’s candidates.


They said they were also ordered to make those threats to patients suffering from chronic illnesses in private medical consultations.
US National Security Adviser John Bolton published a Twitter comment on the article, saying that he was not surprised to learn of the Maduro regime’s activities to usurp democracy and steal the Venezuelan people’s wealth.


“It should come as no surprise that Maduro and his Cuban masters have lied and killed to usurp democracy and steal the wealth of the Venezuelan people. A clear example of Maduro ignoring the needs of the people and worsening the situation for personal gain,” tweeted Bolton.


Meanwhile, in Caracas, Maduro instructed his Cabinet to submit resignation letters so that he can implement a “profound restructuring of the methods and operations” of his government with an eye toward “armoring” the country against any “threat,” Vice President Delcy Rodriguez announced Sunday on Twitter.


Although this is not the first time that Maduro has asked his ministers to resign, the decision comes at a moment when the country is going through a new phase of the political crisis with Guaido’s Jan. 23 self-proclamation as interim president. 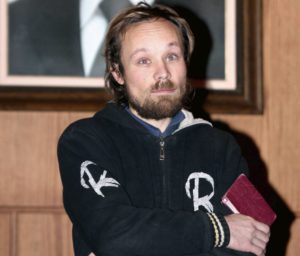 In Moscow, Russian Deputy Foreign Minister Sergei Riabkov confirmed that the Kremlin and the US government will meet on March 19 in Rome to discuss the situation in Venezuela.


Riabkov said, as reported by the Interfax news agency, that he will meet in the Italian capital with the US special envoy for Venezuela, Elliott Abrams, and will “insistently set before the US … all our positions, including the inadmissability of military intervention and, in general, illegal foreign interference and pressure against the legitimate (Maduro) government.”


He added that in the talks Russia will try to find ways to push forward with dialogue between the Maduro government and the Venezuelan opposition.


“In this matter, Moscow and Washington are maintaining diametrically opposed stances, but this should not be the reason not to talk about it,” Riabkov emphasized, going on to say that he will tell Abrams that Russia will defend its cooperation with the Venezuelan government.


“We will insist that all the cooperation between Moscow and Caracas is absolutely legal,” Riabkov said, warning that attempts to torpedo that cooperation “have an impact on the state of Russian-US relations and on the relations of Russia with other countries who are acting in the same manner as the US.”