Lima, Mar 19 (EFE).- The 2019 Pan American Games in Lima will have a potential international television audience of 400 million people, the director of the organizing committee said here Tuesday.

During the signing of a contract with a Peruvian cable network, Carlos Neuhaus said that Spanish production company Mediapro would air more than 900 hours of coverage of the July 24-Aug 11 event, from the inauguration to the closing ceremonies.

“It’s a unique opportunity to make the country visible not only as a hospitable and friendly country, but as a country that is at another level in terms of organizing multi-sport competitions,” the head of Commercial Communications and Marketing for Lima 2019, Juan Antonio Silva, told EFE. 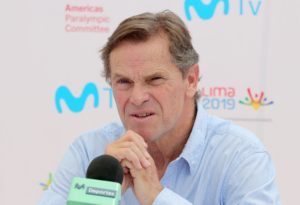 Silva declined to say how many channels have rights to broadcast the Pan American Games, but said he could guarantee that there would be at least one in every nation in the Americas.

In Peru, the Games will be broadcast over the air by Latina, while Telefonica subsidiary Movistar will air Games-related content 24 hours a day.

The general manager of Telefonica Media Networks in Peru, Alfredo Arosemena, told EFE that Movistar’s Lima 2019 channel will broadcast everything that happens at the Games.

“The proposal we made has an economic value, but put a lot of weight on the diffusion of the Games, of the athletes and of the legacy that it is leaving, through special programs,” he said.

Movistar will air a daily news roundup, “Lima 2019 Central” and another program, “Lima 2019 Champions,” that will tell the stories of Peruvian athletes as they prepare for the competition.

“There will be more than 200 hours of original programming that we’ll be transmitting,” Arosemena said. “It is a remarkable effort for the diffusion of the event.”

The Games will bring together more than 6,600 athletes from 41 countries competing in 39 sports.
Besides medals, athletes at the Pan Am Games will be vying for spots on their respective national teams ahead of the 2020 Olympics in Tokyo.