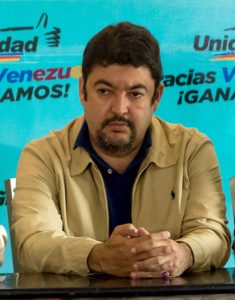 Caracas, Mar 21 (EFE).- Venezuela’s interior minister on Thursday accused the detained chief of staff of opposition leader and self-proclaimed interim head of state Juan Guaido of leading a terrorist cell that was planning to sow chaos with targeted attacks.


Nestor Reverol made his remarks after Roberto Marrero was arrested in the wee hours of Thursday at his home in Caracas.


He added that a cache of “war weapons,” as well as “cash in foreign currencies,” were seized at Marrero’s apartment during the early Thursday raid.


Reverol said intelligence services had “once again dismantled a terrorist cell that was planning to carry out a series of targeted attacks and to that end had hired Colombian and Central American mercenaries.”


The suspected goal of that terror cell was to carry out deadly attacks against political and military leaders and Supreme Court justices and to commit “acts of sabotage against public services to create chaos in Venezuelan society,” the interior minister said.


Meanwhile, Maduro said Thursday afternoon that he would not hesitate to arrest members of “terrorist groups” in Venezuela after Chavista authorities detained Marrero and accused him of heading a terrorist cell.


“I want it to be clear that the Bolivarian and revolutionary Venezuelan government will not hesitate to combat terrorist groups, to put them in jail. What they’re doing is not politics, it’s simply terrorism,” said Maduro at an event the regime obliged to be broadcast on television. 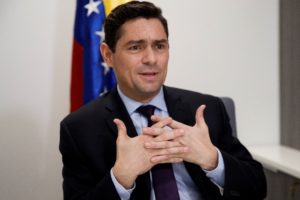 Venezuela was hit this month by a nearly week-long nationwide blackout that the government says was the result of opposition “sabotage.”
Guaido, who is the speaker of Venezuela’s opposition-led but toothless National Assembly (unicameral legislature) and has been recognized as the oil-rich nation’s legitimate leader by the United States and around 50 other countries, said Thursday that he will not make any changes to his schedule following Marrero’s arrest.


He has characterized the detention of his senior aide as a “kidnapping” and vowed to continue rallying Venezuela’s population against leftist President Nicolas Maduro, whom he denounces as a usurper of power.


“We’re going to continue the tour … We’re going to stay in the streets throughout Venezuela,” Guaido told reporters. “It’s time to keep going with ‘Operation Freedom.'”


The opposition leader was referring to plans to drum up support in different states for a massive nationwide march on Caracas at a yet-to-be-determined date.


Guaido also said he had received reports from high-ranking administration officials indicating that the order did not come from Maduro.


That confirms that the chain of command “is broken” and that some security agencies are acting on their own accord, according to the top lawmaker.


“How have acts of persecution, raids on people’s residences benefited the dictatorship? Are they better off politically?” Guaido asked rhetorically, calling on agents with Bolivia’s SEBIN national intelligence service not to “dirty or sully themselves for a regime that’s on the way out.” 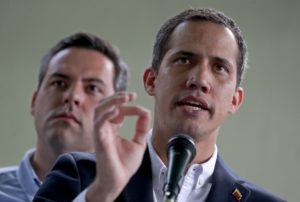 He said his objectives remain the same: “an end to the usurpation, a transition government and free elections.”


Around 50 SEBIN agents took part in the raid in Caracas that led to Marrero’s arrest, an operation in which they found two rifles and a grenade.


As part of that same raid, agents also searched the apartment of another opposition figure and National Assembly lawmaker, Sergio Vergara, who lives in the same building as Marrero.


Vergara told reporters that as Guaido’s chief of staff was being led away he shouted to him that the weapons had been planted at his apartment.


The US was one of numerous countries that denounced Thursday’s action targeting Guaido’s inner circle.


“The United States condemns raids by Maduro’s security services and detention of Roberto Marrero, Chief of Staff to Interim President @jguaido. We call for his immediate release. We will hold accountable those involved,” US Secretary of State Mike Pompeo wrote on Twitter.


The US, which has been at odds with Venezuela since Maduro’s late predecessor and mentor, Hugo Chavez, took office in 1999, immediately recognized Guaido when he declared himself acting president on Jan. 23.


Guaido has since been recognized by dozens of other countries, including much of Latin America and the major European powers with the exception of Italy.


Washington and its allies agree with the Venezuelan opposition that Maduro’s re-election last May lacked legitimacy.
China, Russia and India are among the scores of nations that continue to recognize Maduro.


The ongoing political standoff comes amid a severe economic crisis in Venezuela marked by shortages of basic goods and hyperinflation. 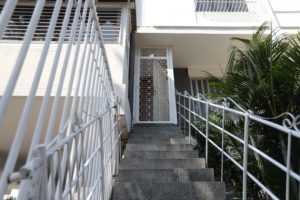 
“It seems to me, (that) what Maduro’s government has to understand is that the pressure is just beginning and it is the moment to increase it,” Carlos Vecchio said in an interview with EFE.


The EU should take steps to ensure that Maduro’s allies cannot use European financial institutions to hide the money they are “stealing” from oil-rich Venezuela, Vecchio said.


Spain, he said, should lead that effort because the Iberian nation has traditionally served as a link between Latin America and Europe, which gives Madrid moral authority to argue for a more punitive stance toward Maduro by the EU, 24 of whose 28 member-states have recognized Guaido.


“My appeal is to Pedro Sanchez for him, as the head of government in Spain … to push inside the framework of the EU for the sanctions that cut off the Maduro regime and which will force him to find a way out of the crisis,” Vecchio said.


Sanchez formally recognized Guaido as Venezuela’s acting president on Feb. 4 and advocated the scheduling of “competitive free and fair elections” as soon as possible.


At the same time, Spain has taken part in the International Contact Group for Venezuela, an EU-led initiative comprising Latin American and European countries with a mission “to help create the conditions for a political process that would lead to free and fair presidential elections.”


Asked about that EU bid to resolve the crisis, Vecchio was dismissive.


“My message to the contact group is that there is not much to discuss, only when Maduro leaves power,” Guaido’s envoy said.


Even so, Vecchio thinks that Spain can play an “important role” by providing a haven for Venezuelan officials who want to abandon the Maduro administration, a possibility discussed by the Spanish and US governments.


“I believe that the regime is collapsing, everyone knows that Maduro is the past. Maduro is not going anywhere and many people are negotiating secretly because they know he is going to fall at any moment and everyone is trying to save himself,” Vecchio said.


A top official of Guaido’s Popular Will party, Vecchio has been living in self-imposed exile in Florida for more than four years. He fled Venezuela to avoid arrest on charges of fomenting violent protests in 2014.


The US government has accredited Vecchio as Venezuela’s diplomatic representative.