Santo Domingo, Mar 26 (EFE).- The city of Santo Domingo has put at the disposal of its citizens several public spaces designated for their entertainment, recreation and appreciation along almost four kilometers (2.5 miles) of its seaside promenade as part of an initiative aimed at returning to the Dominican capital “its ocean view.”

The project includes a bike path, dozens of benches – many of them facing the Caribbean Sea – hammocks, swings, playgrounds, picnic tables, ramps for people with disabilities, free Wi-Fi and lighting around the area, National District Mayor David Collado said Monday. 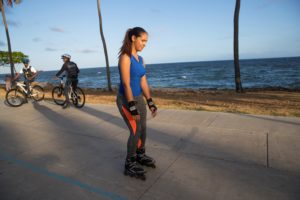 “We promised that the capital would look out on the sea and today we are fulfilling (that promise). It is a project that rescues one of the country’s most important public spaces that we hope the citizens will make it their own and that the public and private sectors can continue working together for their use and advantage,” the mayor said.

The intention behind the restoration is to recover capital traditions through the integration of history and architecture. Also, it is designed to promote business activity and generate jobs for the city through tourism.

Collado, who headed the inauguration ceremony, said that the project comes in response to a strategic vision for 2030 that includes the construction of more than 18,000 sq. meters (194,000 sq. feet) of sidewalks and the reconstruction of the storm drainage system that will be complemented with the cleaning of sewers, gutters and manholes. 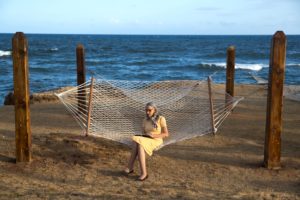 The “Paseo Maritimo” (Promenade) project extends from the monument to Friar Anton de Montesinos before the colonial city to Alma Mater Avenue, near the state-run Autonomous University of Santo Domingo (UASD).

“We are already working on the second part of this project. We will place speed reducers at the approaches to the promenade because cities must be built by and for the people. It’s the vehicles that must adapt to people and not the other way around,” Collado said.

He revealed that he had begun networking with owners of abandoned buildings along the entire promenade so that they can take the initiative to finish renovating them because the project must encompass the entire area.