Santiago, Mar 27 (EFE).- The Mapocho River, which crosses the Chilean capital from east to west, throughout its course reflects part of the social inequality that exists in Santiago, a city that seems to have been “designed” in a way that keeps “social classes separated” and so that they “see one another as little as possible.”

Marco Kremerman, an economist with the Fundacion Sol, told EFE that in Santiago the wealthiest and the poorest residents meet only in “a vague workspace,” an uncomfortable economic and social inequality that is highlighted by the boundary formed by the Mapocho, which runs for about 110 kilometers (68 miles).

This segregation is also visible in the urban architecture along the riverbank, passing from the wealthiest area with its financial core – known as Sanhattan, as a nod to Manhattan skyscrapers – toward the west with its ramshackle neighborhoods. 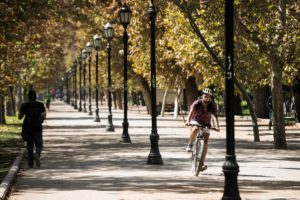 In addition, 8.6 percent of Chile’s population is defined as “poor,” according to the latest Casen survey of 2017, carried out by the Social Development Ministry.

That figure was obtained using an international parameter that counts salaries, subsidies and imputed rent – an amount that is added for the people who live in a property of their own or who “save” money on rent – as income.

“On the other hand, if we measure poverty by considering only the income that people generate themselves, the figure … shoots up to 30 percent,” Kremerman said.

The contrast within Chilean society can be easily seen along just a few kilometers of the Mapocho’s course.

“Santiago, which is home to 40 percent of the Chilean population, is one of the most segregated cities in the country,” Matias Cociña, a researcher for the UN Development Program (UNDP) in Chile, told EFE.

“The eastern part of the city is known as the ‘income cone’ because it contains the neighborhoods with the highest income in the capital. Meanwhile, the poor (zones), which (are spread throughout the city), are characterized by their concentration of low-income people only,” Cociña said.

According to 2015 data from the Social Development Ministry, Santiago’s Vitacura district had a poverty rate of zero while El Bosque, 20 kilometers (12 miles) south of the capital’s downtown, has a rate of 15 percent.

But the country’s inequality goes beyond economics and is also present in how people treat each other, according to a study carried out in the capital by UNDP, which noted several cases of “people being mistreated by strangers on the streets” because of their social class.

“People feel that certain areas of the city ‘belong’ to their socioeconomic group and when someone crosses that symbolic border – generally in wealthy neighborhoods – they expose themselves to mistreatment or discrimination,” Cociña said. 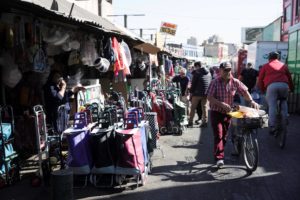 That is why social mobility in Chile is still limited, since “one’s birthplace and school determines the type of profession they can achieve, quite apart from the skills they may have acquired,” Kremerman said.

Cociña said that “the vast majority of people perceive a certain socioeconomic mobility that goes hand in hand with economic growth, but at the same time they report a great sense of vulnerability.”

“There is a notion that any external shock such as illness, unemployment or even retirement can destabilize their position and create an economic setback,” Cociña said.

The Social Development Ministry estimates that 20.7 percent of Chileans are vulnerable in this way, a figure that is considered poor from a “multidimensional” perspective.