Now, Felder captures the life and music of Impressionist composer Claude Debussy, a visionary who proclaimed nature his religion, creating music of ravishing beauty, color, and compassion, from the sweeping “La mer” to the evocative “L’apres-midi d’un faune” and the mystical “Clair de lune.” Intertwined with Debussy’s story, Felder for the first time shares his own deeply personal connection to the City of Light. 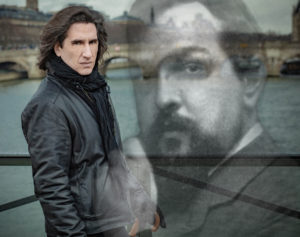 Described by American Theatre Magazine as “a seductive portraitist, compelling storyteller, and superb concert pianist,” Felder’s work was named one of TIME Magazine’s 2016 Top Plays and Musicals. An absolutely must see performance.

It is always a priceless gift for the lovers of classic music when Emanuel Ax performs in the Bay Area. Arguably “the most distinguished American pianist alive” (The Telegraph), Emanuel Ax adds an almost improvisational fluidity to Brahms’ Second Piano Concerto, a piece that combines harrowing pianism with symphonic muscle. 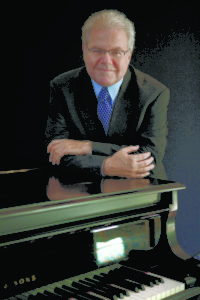 Also on the program, the masterful Russian conductor Andrey Boreyko brings his own brand of passion and nuance as he leads the SF Symphony in Zemlinsky’s lush symphonic fairy tale based on the Hans Christian Andersen tragedy The Little Mermaid.

Splendor in the Glass

This summer the Bay Area Glass Institute (BAGI) will be offering the Summer Youth Glass Camps in Fusing Arts, Jewelry, Flameworking and Glassblowing. 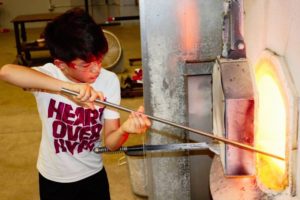 As a non-profit organization BAGI is striving to provide the local community an access to this exciting and beautiful form of art and crafts.

Whether it is blowing molten glass at 2300 degrees or designing jewelry in their fusing studio, there is a class for all levels of interest and ability.

Students will learn traditional techniques and be able to artistically express themselves through the magic that is glass.

Just imagine the sparkling and original gifts you will create for your special friends for the special occasions.

For one performance only the legendary Placido Domingo returns for a concert with the Opera Orchestra in celebration of his 50th anniversary with San Francisco Opera.

With over 150 stage roles, 11 Grammy Awards, multiple Emmy Awards, and more than 25 productions with San Francisco Opera, Plácido Domingo continues to astound audiences with a vocal talent unmatched in power. 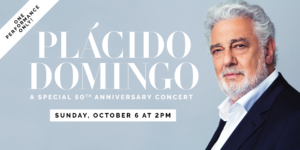 This fall, join the opera devotees in celebrating one of the most influential singing actors in the history of opera and his 50th anniversary with the Company in a special grand event with the San Francisco Opera Orchestra. Just remember: I gave you an early notice to purchase tickets to this unforgettable concert.