Caracas, Apr 2 (EFE).- President Nicolas Maduro has fired Electric Energy Minister Gen. Luis Motta Dominguez and replaced him with Igor Gavidia, an engineer whose top priority will be dealing with the continuing power outages across Venezuela.

“I want to thank comrade … Motta Dominguez, who has gone through four years of constant wars at the head of the Electricity Ministry and Corpoelec. I have asked him to rest for a while, I have asked him to prepare for other responsibilities in the field of revolution,” Maduro said Monday. 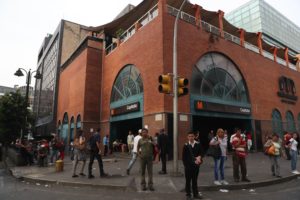 The president said in an address to the nation that the new minister is an electrical engineer with 25 years of experience in the industry.
Gavidia will also serve as chairman of state-owned utility Corporacion Electrica (Corpoelec).

This is the first time Maduro has appointed someone who is not a military officer to head this ministry. Motta’s predecessor was Jesse Chacon, a former military officer.

Gavidia took over the post a day after the government launched a power-rationing plan that Maduro said marked the start of “the new stage that we have to open to defeat the electric war.”

The president said he appointed Freddy Brito as head of the Science and Technology Ministry, which has been reactivated as a Cabinet department.
Maduro also created the Executive Secretariat of the Electricity General Staff, which will be under Interior and Justice Minister Nestor Reverol.

The secretariat “must operate 24 hours a day in coordination, review and permanent action,” Maduro said.

The president said classes would resume on Wednesday. Classes were suspended on March 25 following a series of blackouts across the country.

“We are returning to class in the schools, high schools, colleges and universities, gradually … going back to class in resistance,” Maduro said, adding that adults needed to tell children about “the terrorist attacks we are experiencing.” 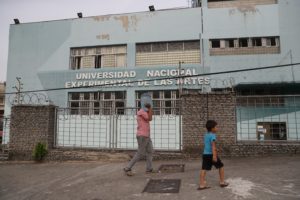 On Sunday, protests broke out in Caracas as residents woke to yet another blackout that affected several regions.

Officials have blamed the outages on “sabotage” against the National Electric System (SEN), which has been dealing with power outages for weeks.

The latest power outages come nearly a month after the massive blackout that Venezuela experienced on March 7 that kept virtually the whole country in the dark for five days until the government managed to regain control of the situation and restore electric service.

The government said at the time that sabotage at the Guri hydroelectric complex was to blame for the blackout.
Maduro directly blamed the United States and the opposition for the alleged sabotage, claiming that “electromagnetic” attacks had been staged on the electric grid.

The opposition, however, blamed the Maduro regime for failures in the system, saying that the government’s poor management of the grid was the real cause of the outage.

The early March blackout caused about 15 deaths due to the lack of electricity at Venezuelan hospitals, the opposition claims, while officials contend that just two people died.