Lima, Apr 3 (EFE).- The history of Japanese migrants and their descendants in Peru, a community that today numbers more than 100,000 people and is one of the country’s most dynamic, began 120 years ago with the arrival of a ship carrying 790 travelers seeking work at coastal sugar plantations.


Those initial migrants aboard the Sakura Maru paved the way for what has been a story of success and integration, including outstanding contributions in the realms of politics, culture, business and gastronomy, with Peru’s famed cuisine having been clearly influenced by Japanese cooking methods.


The Empire of Japan chose Peru as a destination for its citizens during the Meiji period (1868-1912) since that country was the first in Latin America to enter into diplomatic relations with the Asian nation.


At that time, Japan’s rulers were looking to “westernize” their young farmers by relocating them to a faraway South American country that was experiencing an agricultural boom. 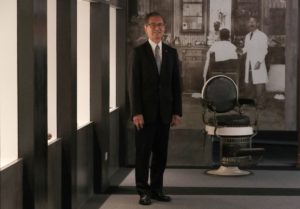 The first migrants, all of them men, arrived in Peru on April 3, 1899, with contracts to work for four years at sugar plantations in coastal valleys ranging from Lambayeque in the north to Cañete in the south.


Between that date and Japan’s entry into World War II in 1941, around 30,000 Japanese traveled via the Pacific Ocean to Peru, with the first arrivals being laborers who expected they would to return home upon termination of their contacts.


A later wave of immigrants during that same 42-year period arrived by invitation of their family and friends already in the South American country.


The first Japanese “came with a four-year contract, and the truth is that many of them did not return, whether due to illness, death or because they were unable to because in that era a trip to Japan took 40 days. It’s wasn’t an easy matter,” Abel Fukumoto, who is the president of the Peruvian Japanese Association and was born in Peru to Japanese parents, told EFE.


“Many never returned. Other returned much later,” he said, noting that his father waited 40 years before going back to his homeland.


“My mother never returned to Japan. She married her husband by photo, lived here, had her children and never was able to return. But the truth is she liked Peru so much that it wasn’t that hard,” Fukumoto said.


For many of Peru’s first migrants, their lives were ones of relative comfort and abundance compared to what they had experienced in Japan, even though they initially worked as agricultural and domestic laborers.


In just a few years, members of the Japanese immigrant community were already owners of shops, restaurants, hair salons and other small businesses in Peruvian cities.


“They went from the countryside to the cities, not to Lima necessarily, but to the large cities in the north, because they had mainly arrived at plantations that were north of Lima, from Ancon to Lambayeque and to the south as far as Cañete,” Fukumoto recalled.


Those small businesses were later transformed by later generations of Japanese-Peruvians into large corporations, including ones run by the Miyasato and Furukawa families.


Small farms became larger operations, among them San Fernando S.A., a company that engages in the breeding, production and marketing of chicken, turkey and other food products. 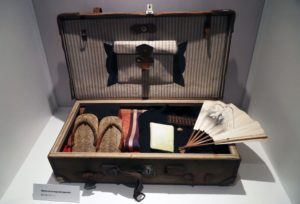 World War II, however, saw much of that progress come to a halt, with many fortunes and businesses disappearing and mass deportations and confiscations carried out amid a rupture in diplomatic relations between Peru and the Axis powers.


“The history of (Japanese immigration to Peru) really needs to be divided into two parts: before the war and after the war. Before (that global conflict), there was a lot of effort, a lot of work, there was progress, but that was cut short by the war,” Fukumoto said.


In that difficult era, Japanese migrants and their descendants, known in Peru and elsewhere in the world as nikkei, adopted a spirit of resignation as an antidote to resentment and sought to forge ahead in a country that, in spite of everything, offered them hope for the future.


Fukumoto, a second-generation member of Peru’s nikkei community, says his parents never talked to him about the suffering they endured due to World War II and so he never had a sense of any past wrongs that needed to be righted.


He said one possible explanation for the success and famed longevity of the Peruvian-Japanese community is that many of these migrants can trace their roots back to Okinawa, “a very warm (part of Japan) with beautiful beaches and excellent food” that is home to “very cheerful” people.


During this year’s 120th anniversary of the arrival of the Sakura Maru, Fukumoto said the best way the Japanese community can pay tribute to those first migrants is to contribute to the development of Peru, a nation that admitted and welcomed them and where they have felt “so well received” from the outset.