Managua, Apr 8 (EFE).– The Music in the Barrios (MelB) chorus, a Managua-based non-governmental organization (NGO), is enabling children, teenagers and adults to venture into the world of sound, strings, wind instruments and keyboards.

The students work in the rehearsal room with Reyna Somarriba, both the director and a teacher for the organization, who helps them sing beautiful melodies they never thought they could. 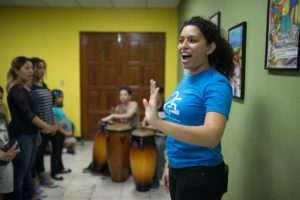 The 37-year-old Somarriba is a sweet woman with curly hair and an ever-present smile who not only loves to teach music but also to work with underprivileged children and young adults.

“Music in the Barrios was created in 1993, thanks to an American named Doris de Barnhouse, who came to Nicaragua to teach English, but as a singer, she gathered children to sing at a Mass in Rene Cisneros (west of Managua),” Somarriba said.

Barnhouse cultivated an interest for music in the neighborhood children and started to work with flute player Judith Rivas, who began giving classes in that instrument.

The demand for music lessons grew, and they decided to get more teachers to work in four neighborhoods of the Nicaraguan capital, she said.

The organization now works in seven Managua districts and one in Masaya, where they teach around 350 children to play the recorder for free. After a year those who have outstanding musical skills receive a scholarship to continue in the MelB Academy.

As part of the academic program, the students are given English lessons “because we think that it is a language that can open doors and if anyone wants to study abroad, it will help them in their life,” she said.

The students range from 7-year-old children to young adults in their 20s, who often become teachers for future generations.

Such is the case with 20-year-old Paola Cano, who is studying violin at MelB and working toward a Bachelor’s Degree in Musical Art Teaching at the Polytechnic University of Nicaragua (Upoli). 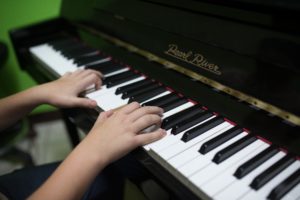 At the age of 9, Cano learned to play the recorder and won a scholarship to play the violin when she was 12, which she calls a “beautiful” experience.

The young woman says music helps her connect with people and express herself better, adding that she aspires to teach the flute and violin at a professional level.

Carlo Rene Reyes, a 19-year-old violinist, said that music has a “healing effect” on him, adding that during his last concert, as part of the string orchestra, he was ill but felt “super cool, super relaxed” when he was playing.

“Music connects with emotions. I love that, that one can be sad, but music will always be there to improve everything,” Reyes said.

The MelB director said that Nicaragua lacks a musical education program and that is why they offer underprivileged children a chance to experience the world of music.

However, they need “magic” to cover the costs of the organization and three annual concerts, especially since they lack a private sponsor.

Despite the difficulties, Music in the Barrios survives because of the volunteer work of people who love music.