Mexico City, Apr 16 (EFE).- Mexican singer Chavela Vargas will be commemorated on the 100th anniversary of her birth as a woman who lived in a rebellious way through her songs and powerful voice.

Poet Joaquin Sabina called the singer a “brave cat in tiger skin” in the song he wrote in her honor.

“For her 100th birthday, we should remember her as a woman who invented herself,” actress and Sen. Jesusa Rodriguez told EFE of Vargas. 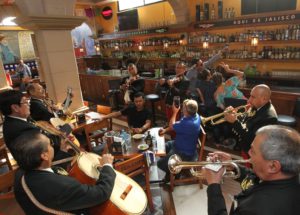 Chavela came into this world through the back door. She said in interviews, that when she was a girl an Indian man cured her when she was on the verge of going blind, while another chewed up grass and put the green mass in her mouth to cure her of polio.

She developed an addiction to beauty in every form, but that was not a disease, it was the mark whereby she enchanted those who came to see her sing.

“Chavela was fascinating. I’m more interested in her live performances than her recordings. When I first saw her at the Zocalo (Mexico City’s giant main square), I felt the chill you feel when you’re in front of a great artist. She had the Zocalo under her control,” the Argentine writer Monica Maristain, who knew the artist, told EFE.

Sitting in the Tenampa, the restaurant where Vargas shared drinks with composer Jose Alfredo Jimenez, painter Frida Kahlo and dozens of figures from Latin American culture, Maristain said that although she was a rebel, above all the Costa Rican-born Mexican was a loner.

At 17, Chavela emigrated to Mexico, where she eventually started a successful small business. 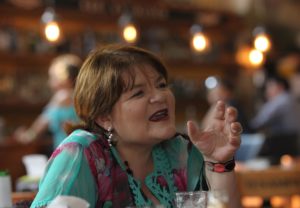 She once went to Acapulco to sing for US tourists. Her authenticity became accepted and little by little she climbed the ladder of fame until she ran across the Tenampa, where she would always sit at the same table and drink for hours while the local mariachis sang.

She started drinking alcohol to get control of her stage fright, but one glass led to another until alcoholism ruined her artistic career.

It took her 13 years to recover from that addiction, but she managed to get herself together and went back to singing.

“When she returned to the stage, in the cabaret … in her dressing room, Chavela asked for tequila because she never sang without drinking, and my wife told her that if she drank she would not sing. Chavela was frightened. I saw her grow up (at that time), take the stage and be successful for the next 20 years,” said Rodriguez

Unlike her novel-writing friends Gabriel Garcia Marquez, Carlos Fuentes and Carlos Monsivais, Vargas could not write stories. So she invented them and became the characters.

They once saw her dressed as a man, with a gun and tobacco, and she looked like she had stepped out of one of their novels.