The following is a closer look at the some of the best of each of the national teams has to offer at the tournament.

The Argentina captain will try to lift his first title with his national team, having been within striking distance of an international title a number of times.

He is Argentina’s all-time top scorer and the leader of a team that has been in a rebuilding stage since the squad’s early exit from the 2018 World Cup.

Messi won the 2005 FIFA U-20 World Cup held in the Netherlands and the gold medal at the 2008 Beijing Olympic Games. 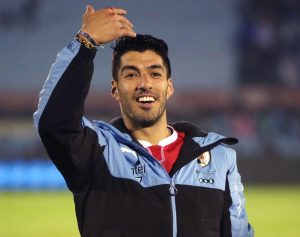 He is Uruguay’s all-time top scorer and won the 2011 Copa America held in Argentina, where he scored four goals in six matches and was named the best player of the tournament.

The Barcelona player had been a question mark due to an injury.

The defender, who missed the 2018 World Cup due to injury, is the most decorated and veteran player on a national team full of stars that will have to do without Neymar, who suffered a last minute injury.

His silverwares include four titles with the national team; the 2003 FIFA U-20 World Cup held in the United Arab Emirates, the 2007 Copa America, FIFA Confederations Cup twice in 2009 and 2013.

The former Real Madrid player was the 2014 World Cup top scorer with six goals. He put on an outstanding performance to secure his national team its first-ever World Cup quarterfinals appearance.
James arrived at the 2018 FIFA World Cup with a physical discomfort and he seeks his first title with Colombia.

The so-called “Rey Arturo” is the captain of the Chilean national team and will try to turn the page after failing to qualify for the 2018 World Cup.

He was third in the 2011 and 2016 Copa Americas. He also was the captain of the national team that returned to World Cup action for the first time in 36 years during the 2018 World Cup.

He is the flag-bearer of a young national team that seeks to be the tournament’s dark horse.

Martinez helped his team win the most recent Major League Soccer and was the top scorer of the tournament with a tally of 35 goals, 13 more than second-placed Zlatan Ibrahimovic of Sweden.

The midfielder, who joined Newcastle recently for a fee of $27 million, had a thigh injury and was a doubt for the Copa America.

Having already missed the 2018 FIFA World Cup, Paraguay has high hopes for him to boost the level of a young team.

The leader of the national team and longtime Manchester United player, Valencia took part in the World Cup twice; in 2006 and 2014.

He was ruled out of the 2015 Copa America due to injury, but he led Ecuador to the 2016 Copa America Centenario quarterfinal.

He is the emblem of the Bolivian national team, comprised mostly of local players.

Chumacero stood out at the 2015 Copa America, where Bolivia made the quarterfinal.

He is a Qatari soccer sensation. He won the 2014 AFC U-19 Championship and the 2019 AFC Asian Cup. He plays on loan in Villarreal.

He can play also as an offensive midfielder. He is an outstanding player on a young team which aims to be at the 2020 Tokyo Olympic Games. EFE