How lucky for us in the Bay Area to hear the magnificent performance by the enormously talented  young musicians of The San Jose Youth Symphony’s Philharmonic Orchestra under the brilliant baton and artistic leadership of Music Director and Conductor Yair Samet before they depart for the International Tour to South America’s Uruguay and Argentina, where they will perform for over two weeks in three cities:  Montevideo, Uruguay;  Buenos Aires and Rosario in Argentina.

Serving as Musical Ambassadors representing our country and San Jose, the Capital of Silicon Valley, the musicians are gifting us with (call it a priceless pre-bon voyage dress rehearsal) an exciting concert with virtuoso cellist and principal of the orchestra William Gu, performing Saint-Saens’ Cello Concerto No.1.

A wonderful evening of music will also feature Gillis’s Short Overture to an Unwritten Opera  and a lively jazz-inspired orchestral work An American in Paris by George Gershwin. Come early to enjoy the Gala Reception with wine and hors d’oeuvres before the concert and partake in the silent auction of a large variety of tempting and culture enriching items.

Bon Voyage! Wish I were traveling with them. 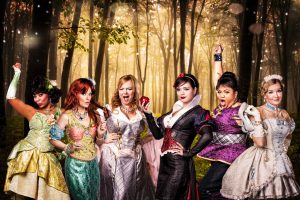 You think you know everything about the princesses? Surprise! With book, music & lyrics by Dennis T. Giacino, this side-splitting adult parody will make you blush and feel nostalgia all at once. Join Snow White and her posse of disenchanted princesses for the hilarious hit musical presented by Guggenheim Entertainment.

Forget the princesses you think you know: the original storybook heroines have come to set the record straight: these royal renegades will toss off their tiaras to bring their hilariously subversive show, (please leave the kiddies at home with their Grandma) and what you thought you knew about princesses will never be the same. During the New York engagement, the production defied the trend for Off-Broadway shows with its sold out performances and critical acclaim.

“A girls’-night-out retro rebellion…Utterly human and surprisingly moving.” – New York Times.“A new spin on Disney classics, leaving audiences doubled over in laughter!” – CBS Television. Do I need to say more? This entertaining musical is definitely for the fun loving Bay Area audiences. (This show is recommended for ages 14 and up)

Validated parking is available directly above the theater

On San Carlos Street with entrances on 2nd and 3rd Streets 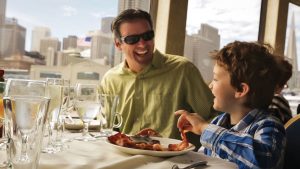 Your Dad deserves the best every day, but especially on Father’s Day!  Get ready to depart from Pier 3, Embarcadero at Washington Street in San Francisco.

Treat your Father to a delicious and bountiful brunch buffet aboard ship with free-flowing beer (plus souvenir pint glass for Dad), sparkling wine, bottomless mimozas and nonalcoholic beverages. The weather is beautiful, the scenery is stunning and Dad feels loved. This is as good as it gets! Happy Father’s Day!

Senior and child rates are offered

Hornblower at Pier 3 on Embarcadero in San Francisco 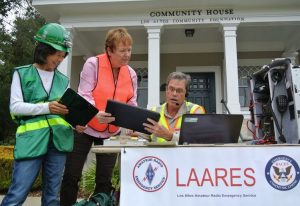 There is more to radio than just a little gadget in your car… The Foothills Amateur Radio Society will demonstrate the capabilities of amateur radio during the 24-hour Amateur Radio Field Day, scheduled 11 a.m. June 22 to 11 a.m. June 23 in a field owned  by Maryknoll Residence in Los Altos.

The society will operate three radio stations and attempt to make as many contacts as possible with amateur radio stations throughout North and South America. They will communicate using voice, Morse code radio and digital radio.

More than 37,500 amateur radio operators participated in last year’s event. Amateur Radio Field Day is an exercise in emergency radio communications. Visitors are welcome to observe from Noon to 7 p.m. on June 22.