Bogota, Jun 20 (EFE).- Mexico and Costa Rica were the Latin American countries that received the most asylum applications in 2018 – 29,660 and 28,000 petitions, respectively -, the bulk of which came from citizens of the crisis-racked countries of Venezuela, El Salvador and Honduras.

The Office of the United Nations High Commissioner for Refugees (UNHCR) draws clear distinctions between “migrants,” “refugees” and “asylum-seekers.”
It defines the former as citizens who “choose to move not because of a direct threat of persecution or death but mainly to improve their lives by finding work, or in some cases for education, family reunion or other reasons.”

Refugees, on the other hand, are “persons – sometimes entire villages and towns – fleeing armed conflict, religious or other persecution, often at the hands of their own governments.”

These people are recognized as such “precisely because it is too dangerous for them to return home and they need sanctuary elsewhere.”

Asylum-seekers, meanwhile, are people who say they are refugees but whose claims have “not yet been definitively assessed.”

According to UNHCR figures, the displaced population in the Americas numbers more than 7 million people, while asylum requests – particularly from natives of Venezuela and Central America, have risen sharply.

With World Refugee Day being commemorated on June 20, we look at some key facts and figures related to Latin American migration. 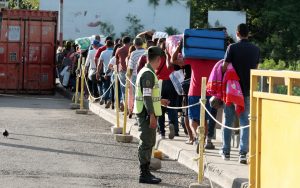 According to the UNHCR, three of the world’s 10-biggest source countries for asylum-seekers are located in Latin America: Venezuela, El Salvador and Honduras.

Asylum petitions from Central America and Mexico made up more than half of all the requests (54 percent).

Venezuela, home to the world’s largest oil reserves, has been racked by a severe socio-economic crisis since 2014 that has prompted the exodus of some 4 million citizens, who mainly have migrated to South American countries such as Colombia, Ecuador, Peru and Brazil.

The country also is mired in a political crisis, with the US, Colombia and Brazil among the nations that accuse leftist President Nicolas Maduro of being a dictator who has stolen elections and trampled on human rights and that recognize opposition leader Juan Guaido as the country’s interim president.

In 2018, Venezuelans accounted for the largest number of new asylum requests worldwide (341,800).

Since the US Refugee Act of 1980 created the Federal Refugee Resettlement Program, that country has taken in the highest number of refugees worldwide: roughly 3 million.

Salvadorans (725) accounted for the largest number of Latin American asylum-seekers whose petitions were granted by the US.

President Donald Trump’s administration has put in place stiffer immigration measures, including moving to discontinue Temporary Protected Status (TPS) for migrants from El Salvador, Honduras and Nicaragua and implementing a “zero-tolerance” policy on illegal immigration that has led to more than 2,000 children being separated from parents being held in pre-trial detention.

Central America, the home region for most US-bound migrants, is facing a new humanitarian crisis marked by the phenomenon of caravans of Hondurans, Salvadorans and Guatemalans fleeing poverty and gang-related violence.

Five years ago, Guatemala, Honduras and El Salvador (with US backing) developed the Alliance for Prosperity in the Northern Triangle with the aim of improving socio-economic conditions in the region and discouraging outward migration.

According to official figures, an increasing number of migrants wanting to reach the US are seeking refugee status in Mexico, with a total of 24,424 asylum requests in the first five months of 2019, compared with just 29,647 for all of 2018. 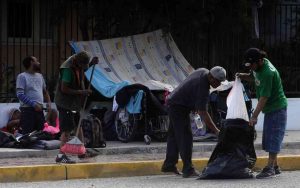 Colombia, which shares a 2,219-kilometer (1,380-mile) land border with Venezuela, is the main recipient country for millions of Venezuelans who are fleeing from that nation’s severe, years-long economic crisis.

The migrant crisis in Venezuela is the world’s second-largest after Syria, with the number of Venezuelan migrants in Colombia totaling 1,296,552 at the end of May.

Ecuador is the Latin American country with the largest number of recognized refugees: 67,581 people from more than 70 countries.

The vast majority of these people are from Colombia (97.49 percent), which has endured decades of politically motivated violence.

In Brazil, a total of 10,145 citizens from more than 80 countries have been duly recognized as refugees. The majority are originally from Syria (39 percent), followed by the Democratic Republic of the Congo (13 percent), Colombia and Palestine (4 percent), Pakistan (3 percent) and Mali (2 percent).

Tens of thousands of Venezuelans have arrived in Brazil over the past two years and been granted temporary resident visas. Some 80,000 Haitians, most of who arrived after a devastating 2010 earthquake, also have been granted special immigration status in Brazil.