Santiago, Jun 19 (EFE).- Scientists in Chile warned Wednesday that the retreat of glaciers in the southern region of Patagonia as a result of climate change represents a serious threat to marine biodiversity.


Oceanographers at Southern University of Chile’s Center for Dynamic Research into High-Altitude Ecosystems (IDEAL) said they have found a direct correlation between the warming that causes the glacier tongue to melt and both the quantity and health of marine life in the surrounding area. 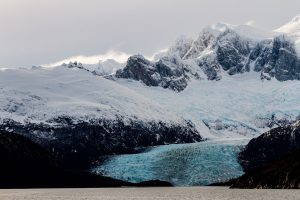 The scientists examined the response of marine life to changing conditions in Pia and Yendegaia, two fjords in Chile’s southernmost region of Magallanes.


Using an array of instruments measuring factors such as temperature, salinity, turbulence and the concentration of chlorophyll in the water, the IDEAL researchers were able to identify differences in the meltwater.


In the Pia fjord, where the glacier tongue feeds directly into the sea, they found a high concentration of algae, which attracts a class of small crustaceans known as copepods.


While the Yendegaia fjord is fed by a glacier that is 14km (8.7mi) upstream from the outlet to the sea, resulting in a “much poorer” nutritional system, according to the IDEAL team.


“Despite the fact that the Pia fjord is more productive, it also presents a hostile environment for copepods, generating high mortality. This is associated with the great quantity of inorganic material that is released in the column of water from the glacier,” lead researcher Ricardo Giesecke said.


The larger copepods are sickened by ingesting those inorganic particles.


The differences between the two fjords, just 65km (40mi) apart, led the scientists to conclude that the impact of climate change on glaciers directly effects the food chain, specifically zooplankton – vital both as nourishment for larger creatures and as absorbers of atmospheric carbon dioxide. EFE