Sao Paulo, Jun 20 (EFE).- Brazil is serving as a breeding ground for unicorn companies, as privately held startups worth more than $1 billion are known, leading the way in Latin America with eight firms of this type.

Accelerators, incubators and angel investors have incorporated themselves in recent years into the corporate ecosystem of Brazil, which the Brazilian Startup Association (Abstartups) says is home to around 12,800 emerging companies.

Sao Paulo, the country’s economic engine, has emerged as one of the top regional hubs in this constantly shifting landscape, while Google and Facebook have already launched major regional initiatives to drive development in this area.

The 2019 Global Startup Ecosystem Report, which is among the most recognized and widely read research worldwide in that sector, lists Sao Paulo as among the planet’s 30 most promising entrepreneurial ecosystems, while Silicon Valley remains the king overall. 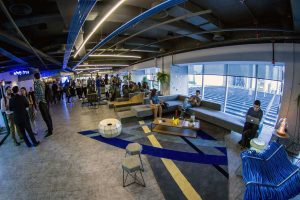 Eight unicorns currently operate in Brazil, with Sao Paulo-based Gympass – a platform that connects gyms with companies and their employees – becoming the latest to reach the $1 billion valuation mark after announcing last week that it had raised $300 million in new funding from a group of investors led by Japan’s SoftBank.

The investment by SoftBank is part of a strategy spearheaded by its SoftBank Innovation Fund, a new $5 billion technology fund focused exclusively on the Latin American market

“The market for ‘startups’ (emerging companies) is growing by between 15 and 20 percent annually in Brazil,” said the president of Abstartups, Amure Pinho, who added that he expects three or four more companies will gain unicorn status this year in the South American country.

The steady increase in large emerging companies in Brazil and the growing interest of investment funds in that sector suggest that the South American country will carve out an important niche in the global startup ecosystem in the coming years, Clara Bidorini, an executive at innovation consultant and startup accelerator Kyvo, told EFE.

She said however that there is more aversion to risk in Brazil compared to the United States and that a large chunk of capital is concentrated in family-run firms that are more likely to invest in other types of funds.

“The entrepreneur is more highly valued outside of Brazil, but even so investors are starting to emulate good practices,” Camila Farani, an angel investor who was a driving force behind Jobecam, creator of a video blind interview tool aimed at reducing unconscious biases during the hiring process.

Jobecam is one of the 10 startups that make up the accelerator program Facebook launched two and a half years ago at its Estacao Hack (Hack Station) innovation center in Sao Paulo, considered Latin America’s first training center for coders and entrepreneurs.