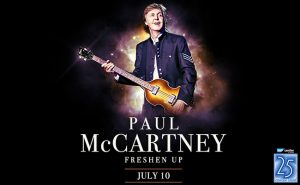 Freshen UP with Paul McCartney

The concert coincides with McCartney’s release of his 17th solo album, “Egypt Station.” Just a reminder for those who were born after 1960, McCartney rose to fame in the sixties as the bass player and singer for the Beatles, the rock music’s most famous group and my absolutely favorite, before going solo after the band broke up 1970.

Throughout his career Paul has worked with a diverse set of artists ranging from Michael Jackson and Stevie Wonder to Kanye West and Rihanna.

The Language Archive in Palo Alto

TheatreWorks Silicon Valley celebrates its 50 Anniversary by presenting a quirky, comic drama about communications -or the lack of it, as well as its potential and its limits – this romantic parable for our times features a linguist at a loss for words, especially the vocabulary of the heart. 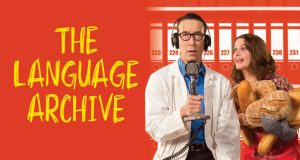 Balanced delightfully between affection and adversity, it is the whimsical, life-affirming chronicle of a brilliant scientist who fights to preserve the dying languages of far-flung cultures, only to neglect the promise and passion of his own. 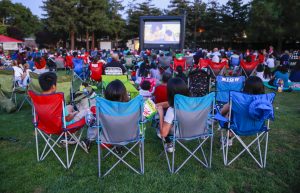 The free screenings of The Wizard of Oz, Grease, and Jaws will take place on the Great Lawn at Montalvo Arts Center where guests are encouraged to bring a blanket or low chair to set up and a picnic basket.

Beer, wine, and snacks will also be available for purchase on-site. Montalvo Summer Nights offers the community a fun and beautiful atmosphere for creative exploration: through art, music, dance, film and live performances.

Montalvo kicks off its Sunset Cinema series with family favorite The Wizard of Oz, celebrating the film’s 80th anniversary. In this beloved classic, as tornado whisks Dorothy (Judy Garland) and her dog, Toto, from Kansas to the magical land of Oz. Dorothy’s quest to return home takes her down the Yellow Brick Road toward the Emerald City to meet the all-powerful Wizard. Joining forces with a Scarecrow (Ray Bolger) that needs a brain, a Tin Man (Jack Haley) missing a heart, and a Cowardly Lion (Bert Lahr) who wants courage, they triumph over the Wicked Witch of the West (Margaret Hamilton) in this tuneful musical that has captivated generations. Rated G.

Moviegoers will be invited to experience the friendships, romances and adventures of a group of high school kids in the 1950s with the special sing-along presentation of Grease. This enduring favorite movie musical follows a wholesome exchange student (Olivia Newton-John) and a leather-clad Danny (John Travolta) whose summer romance falters when their social circles clash. Rated PG.

Jaws – August 2 The Sunset Cinema series finishes with a screening of drama/mystery film, Jaws. When a young woman is killed by a shark while skinny-dipping near the New England tourist town of Amity Island, police chief Martin Brody (Roy Scheider) wants to close the beaches, but mayor Larry Vaughn (Murray Hamilton) overrules him, fearing that the loss of tourist revenue will cripple the town. Ichthyologist Matt Hooper (Richard Dreyfuss) and grizzled ship captain Quint (Robert Shaw) offer to help Brody capture the killer beast, and the trio engage in an epic battle of man vs. nature. Rated R.

VIP Parking available at $15 per car 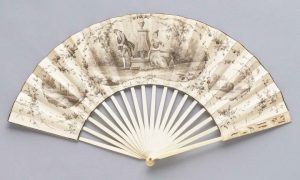 I am a huge fan of fans and this exhibit is of special interest to me. Fans have served as accessories of fashion since antiquity, but reached their peak production and use in eighteen century Europe. Made from precious materials such as ivory, mother-of-pearl, and silver and gold leaf, fans reflect the designs and spirit of their times.

Fans tell a story with themes of broad interest, including biblical and mythological tales and romanticized vignettes. 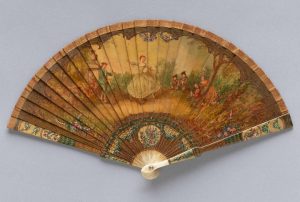 This exhibit also explores this quintessential period of fan production through a selection of examples from the museum’s permanent collection.

And don’t forget that the de Young Museum is located in the city’s most beautiful Golden Gate Park, a magical place for you to stroll and enjoy.