Explores machismo, homophobia, religion, and how these issues put an individual at risk for HIV 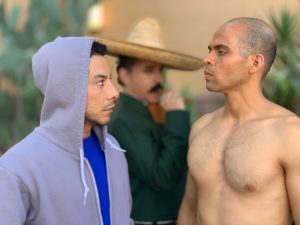 San José, CA – Teatro Alebrijes is producing Canción de Cuna para Un Niño Herido/Lullaby for A Wounded Boy by Rodrigo García and Ugho Badú, with a cast of local theater artists. The play tells the story Emilio, a young gay man, who is at the crossroads of his life when he is faced with the possibility of having acquired HIV.

Sometime after a casual encounter with a stranger, Emilio, a gay Latino man, begins to have certain symptoms that make him think he might have been exposed to HIV. His friend Richi advices him to get tested, but he is frighten with the idea of finding out his status and how the result would change his entire life. 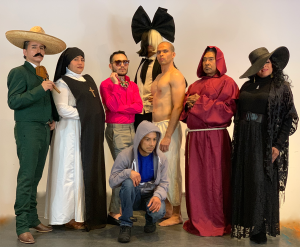 In a febrile dream, Emilio encounters different characters that lead him to reflect on his fears and the issues that have influenced his life. Set in current time but traveling between different eras, characters that include members of the Spanish inquisition in the early 1600s, Sor Juana Inés de la Cruz, Emiliano Zapata, The Village People, and María Félix among others, take Emilio on this journey of self-discovery and acceptance. 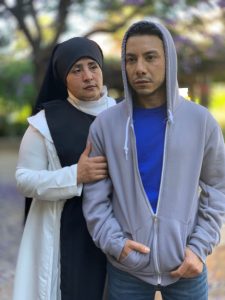 This gripping and moving piece will definitively be a conversation starter and will resonate with the audience regardless of their own personal background as it will relate at a human level.

Canción de Cuna para Un Niño Herido was developed through the Getting To Zero Silicon Valley’s mini-grants program. Teatro Alebrijes began to develop this new work at the end of 2018 in which the theater ensemble, engaged in a series of interviews with Latinx individuals who identify along the LGBTQ spectrum. The interviews focused on exploring the issues that prevented someone from talking openly about their sexual health, getting tested for HIV, and revealing their HIV status to their partners, friends and family. The responses and stories collected informed the development of this theater play.
Canción de Cuna para Un Niño Herido is directed by Rodrigo García and co-directed by Ugho Badú. With lighting design by Leigh Henderson. The play is performed in Spanish with English supertitles.