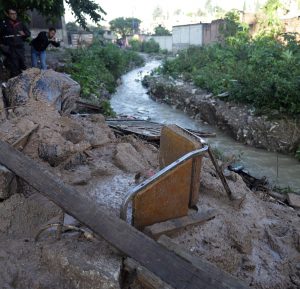 
“Based on preliminary reports, seven bodies without vital signs have been recovered corresponding to three adults and four children; additionally, medical units have transferred two rescued minors to Hospital del Sur,” the Puebla state government said in a bulletin.


The incident occurred at a site where a party was being held Wednesday night in Santo Tomas Chautla, a small town that is part of the municipality of Puebla, capital of the like-named state.


The mudslide, which occurred just before midnight on Wednesday, was triggered by torrential rains in central Mexico that had begun in the afternoon hours.


Emergency-management units of several different government agencies were immediately dispatched the scene and began the task of rescuing the injured. 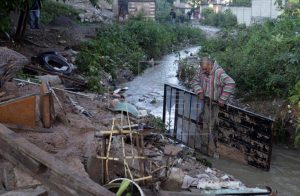 It is unclear at the moment whether any individuals remain trapped amid the debris, while the exact number of people injured is unknown.


During the rescue efforts, emergency personnel rescued two young children who were taken to a hospital for medical treatment.


Authorities, however, have not ruled out a possible rise in the death toll in the coming hours, the bulletin said.


The area of the mudslide, meanwhile, has been declared a danger zone since more rain is in the forecast over the next several days, it added.


The bulletin also urged residents of the area to be attentive to official instructions in the coming hours so they can relocate in a timely manner to safer ground if necessary.


An update on the emergency work carried out Thursday morning is expected during the day. EFE-EPA