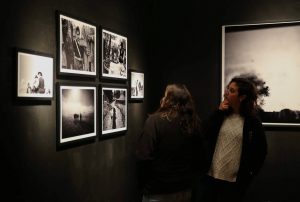 Montevideo, Jul 12 (efe-epa).- Ancestral roots as the force driving the future of the indigenous Mapuche people is the underlying theme of the photo exhibit that photographer and journalist Luis Sergio has on show at Montevideo’s Pre-Columbian and Indigenous Art Museum until next September.


Some 63 photos from 10 years of working with that community in southern Chile comprise the exhibit entitled “Pu Mapuche” (The Mapuches), with which Sergio, 42, hopes to make viewers “reflect on the indigenous cultures of Latin America.”


According to the photographer, this project illustrates the ethnicity’s’ “daily life, customs, rites and immigration to the city.”


An interesting part of “Pu Mapuche” is dedicated to tattoos.


“They feel in their blood they are Mapuches but wish to externalize it in some way. They show it through these tattoos on the skin,” Sergio said.
“Pu Mapuche” was first exhibited in March 2018 at the National Museum of Fine Arts in Santiago, which was viewed by 53,259 people.


Sergio started this work in 2004, when he traveled from the coast at Puerto Saavedra to the Budi Lake region to the border with Argentina at Icalma Lagoon, to finally end up at Santiago.


The photographer, who lives in Lima, left for Chile with the idea of touring the Andes and that “the Mapuche culture was on the point of extinction,” but when he traveled south in that country he saw it was “more alive than ever.”


When he reached the Mapuche civilization, the realized he hadn’t won the trust of the locals sufficiently or learned enough about the culture to be able to take really meaningful photos.


“I shed the identity of a reporter; at first I looked on them with a lot of respect. Sometimes respect helps but it also distances you from the essence,” he said.


According to Sergio, it was only from the fourth year on that he was able to take a deeper, closer approach.


He fell in love with the Mapuche culture and, he said, sometimes it took him three years to take a photo at just the right moment. 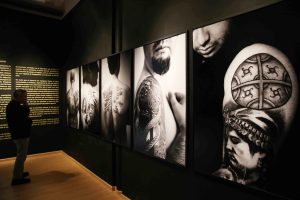 For example, when the Mapuches would begin their “guillatun,” a religious ceremony, he waited for just the right moment to take a photo, which, he told EFE, would come out “very mystical.”


In 2009 he interrupted the project to do other work in Latin America, but in 2011, he took it up again thanks to the patronage of a business magnate.


When Sergio arrived in this Andean land he not only took photos but also got involved in the life of the Mapuche people, plowing their fields, harvesting crops and helping out with all kinds of other jobs.


“I started out just looking on and not doing anything. But I soon thought it better to be interactive with them and I realized there are situations when I’m totally invisible among them,” Sergio said, adding that there were times when “they didn’t even realize I was taking their picture.”